Because the extra defensive lineman makes this a strong defense against the run, it is more popular in leagues (or specific situations) that favor the running game.

The benefit of having a 5-2 is that it adds size to your defense by replacing a linebacker with a defensive lineman. This helps in short-yardage situations where you want to stall the line of scrimmage and not give up the inside run. The disadvantage is in pass coverage — most 5-2 teams will rush all 5 defensive linemen leaving only 6 pass defenders. In some circumstances a 5-2 team will drop one of the linemen, typically an end also known as a rush end, off into coverage. But this is primarily a situational defense, and not often used in traditional 5-2 situations where downfield pass coverage is a significant concern.

How the Multiple 5-2 Defenses are Called

Give defense a number alert

This means based upon a four man front as our base defense;
Linebacker gives Right or Left call according to the strength or Tight End 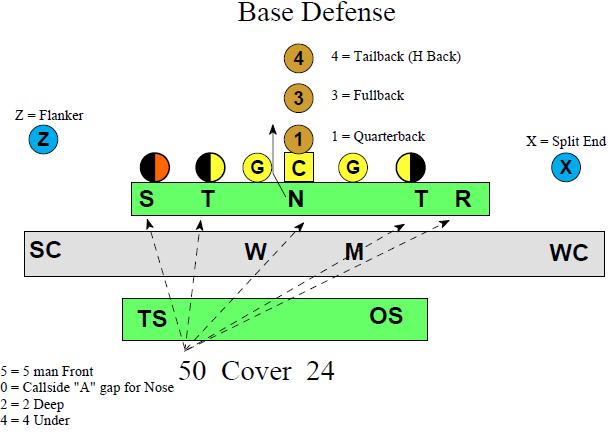 Must Be Able to Start Defense with a Base Scheme 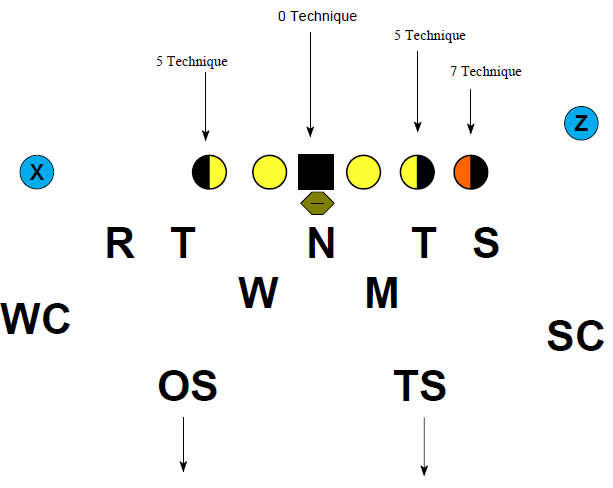 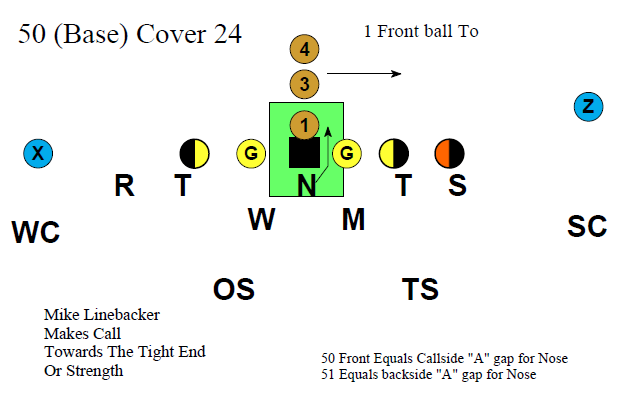 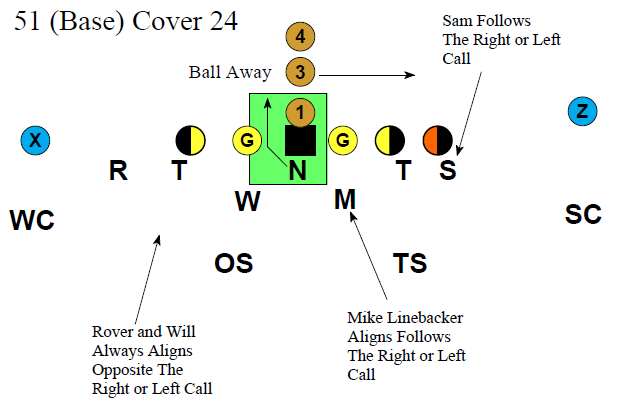 Base Defense: Odd & Even 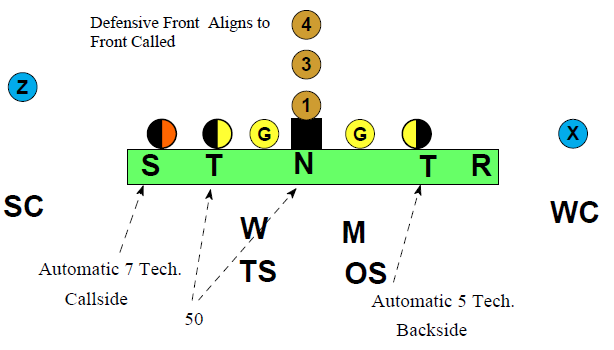 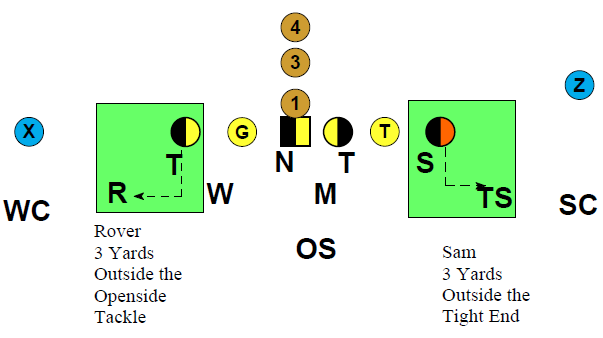