The Buck Lateral series consists of Tags because of the potential of handing the ball off to the fullback by the quarterback and then the fullback handing the ball off to another runner or ball carrier. Once the Buck Lateral has been alerted in the huddle, it is now telling the fullback that he will be pivot off his outside foot and may be receiving a hand-off or carrying out a fake as if he received the ball from the quarterback as he runs by him. The fourth digit tells the back carrying the ball which hole he will be running through. 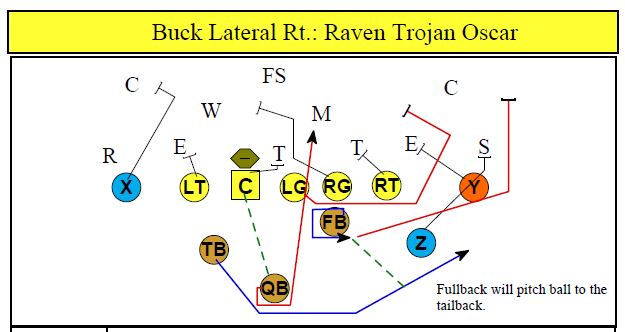 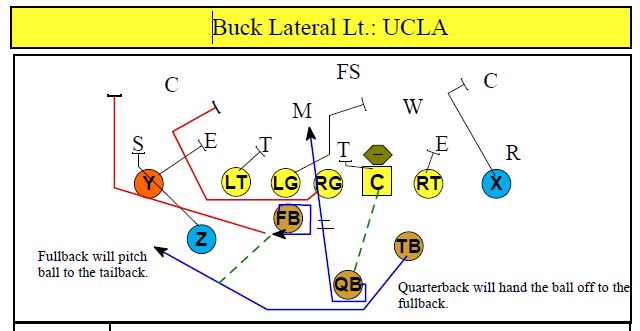 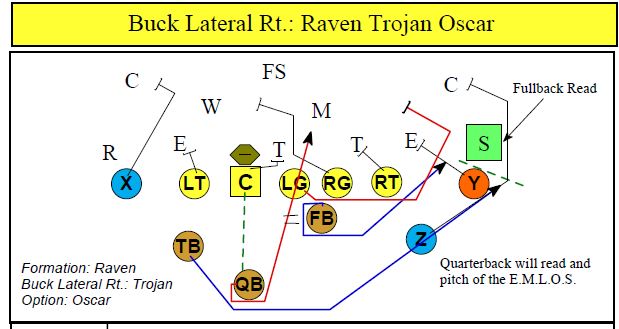 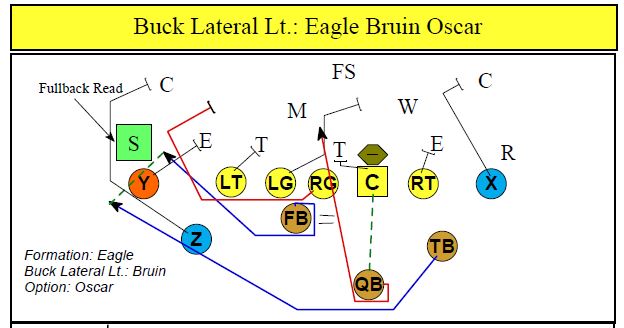