Quarterback is Under Center

The Grip:
The football is placed so that the laces are face up. Grip the ball by placing your right thumb between the second and third lace nearest the front end of the ball. The fingers and palm of the hand will grip the ball on the side so as to have complete control of the ball. The arm should be extended with your wrist straight. 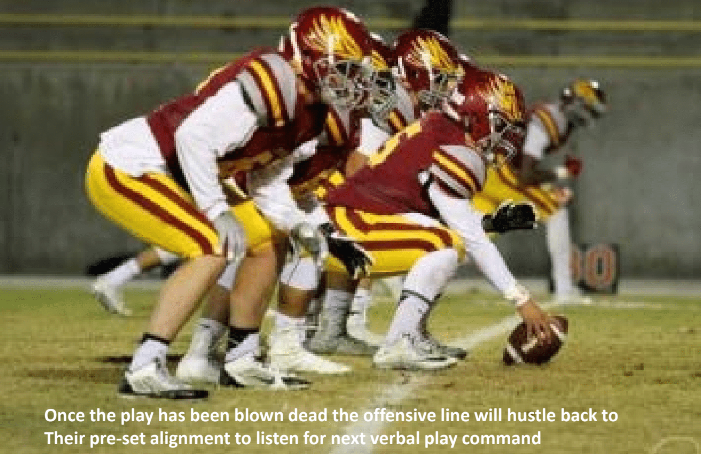 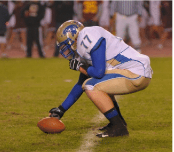 Once the quarterback raises his leg to let the center know he is ready t0 star this cadence the center should the ndrophist ail by bringing his head up which will slightly drop his tail. The snap is a blind snap that’s why the center must visualize snapping the ball at the quarterback’s beltbuckle. If the center doesn’t drop his but tbe low parallel with his shoulders square,the ball tends to rise with the possibility of the ball being snapped over the quarterback’s head. 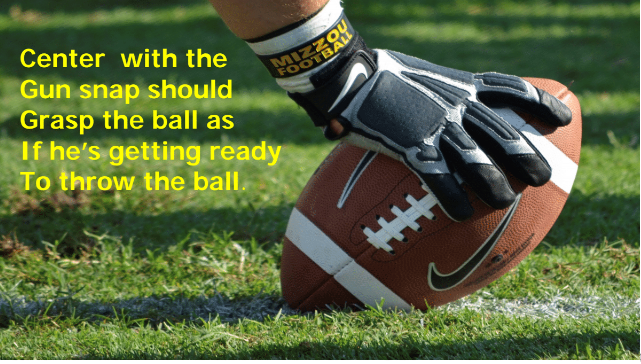 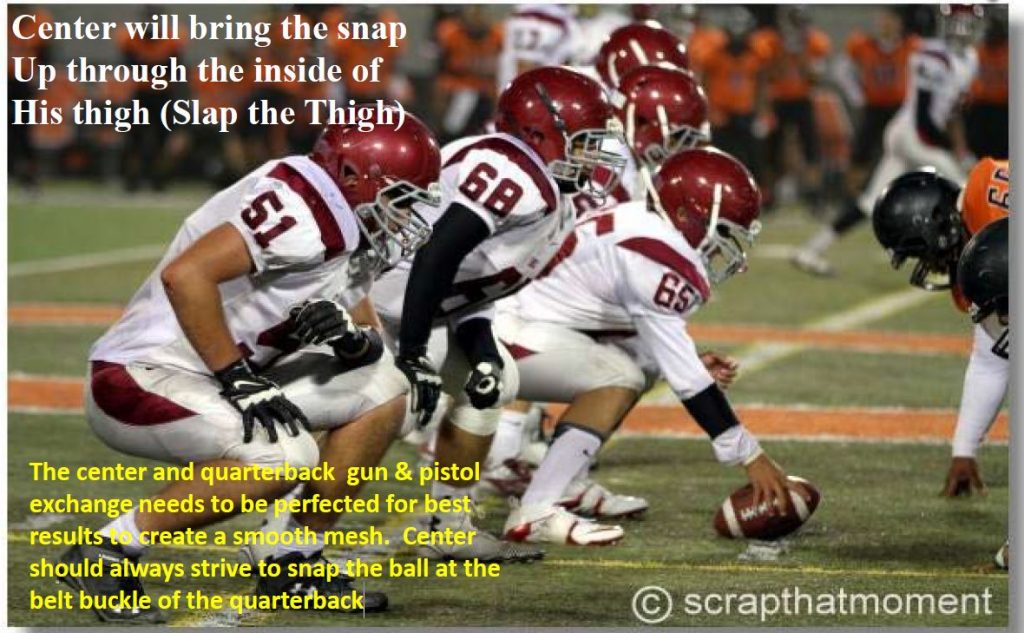