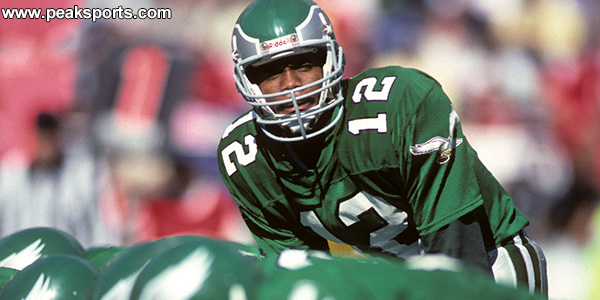 This article is republished with permission. The original article appears at Control Your Emotions When Returning From an Injury.

Your Mental Toughness and Returning From an Injury

An injured athlete returning to competition will run through the gamut of both positive and negative emotions:

All emotions affect your recovery and performance.

Negative emotions can increase muscle tension and affect how you breathe.

If these emotions are not check in check, not only can your performance suffer but there is an increased chance of re-injury.

Dealing with emotions is just what Philadelphia Eagles quarterback Carson Wentz needed to do in his return to competition after a nine month recovery from two torn knee ligaments.

Not only was the rehab physical and mentally taxing, Wentz admitted that his return to action will filled with intense emotions.

WENTZ: “It’s been a long time coming. It’s been quite the grind of an offseason. There’s a lot of excitement, a lot of built-up anxiety over when it was going to be that time, and almost relief finally being cleared to get back out there… There’s going to be a lot of emotions going on. But once the game starts, it’s just a football game.”

In the end, Wentz was able to manage his pregame and game-time emotions to lead the Eagles on a game-winning, 17-play drive that consumed 11 minutes, 18 seconds in the fourth quarter.

To manage emotions after an injury, realize that your first competition back from injury is no different than any other game.

By normalizing the game, you can focus on the process of playing which minimizes muscle tension and mental clutter and allows you to play to make a successful return to action.

Emotions and Returning From an Injury:

To keep your emotions in check, focus on your pregame routine that you followed prior to your injury.

Let go of any expectations about performing great when you return.