All of the Dogs, including the Two Backer Dogs use word calls that identify the defenders involved in the Dog and the blitz numbering system to identify the blitz gaps. The word call puts the strong side (“callside”) defenders in the Dog. However, all of the Two Backer Dogs can be run based upon field by adding the word “WIDE” to the call. This changes the numbers with the odd numberings to the field, and even into the boundary. 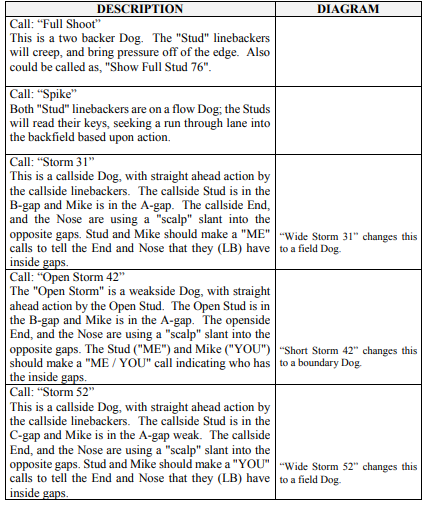 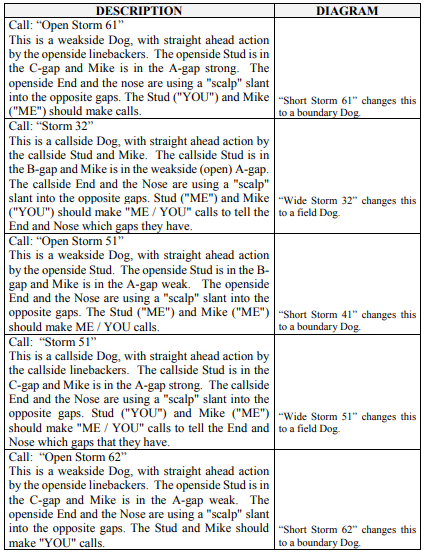 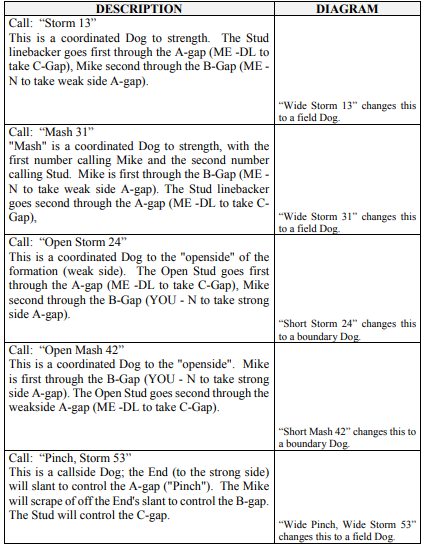 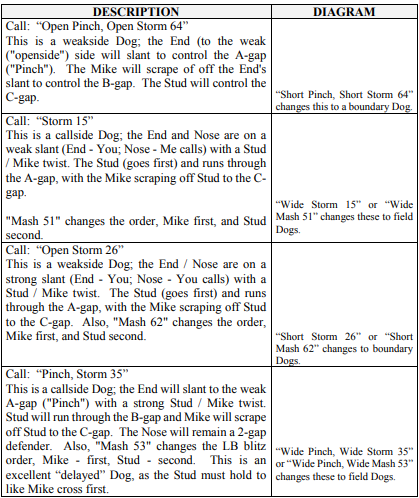 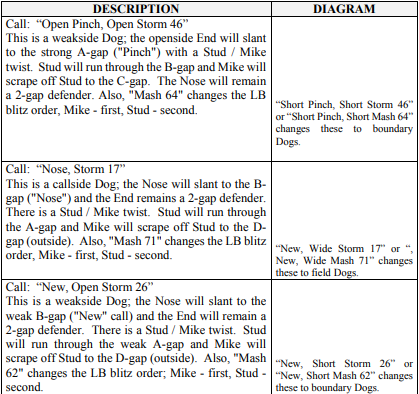 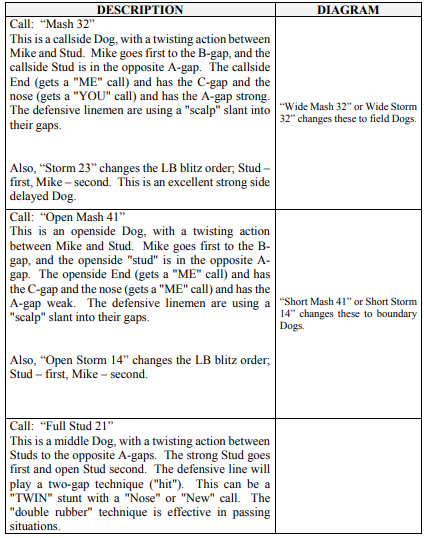