These dogs will have all three inside backers running through gaps, with coordinated action, either between backers, and/or defensive linemen. The defensive linemen may have an automatic “scalp” slant to gap, or can be called into a specific gap. These Dogs use word calls that identify the defenders involved and the blitz numbering system to identify the blitz-gaps. The word call identifies the defender gap order, based upon the strong side (“callside”) defenders. This can be changed based upon field by adding the word “WIDE” to the call. The critical component is that the linebackers must know who is going first whenever there is a twisting or crossing type action.

• “Wide Moss” changes the number order to Mike, Open Stud and the Strong Stud. As such, “Moss 321” looks significantly different as Mike controls the
Field B-gap, 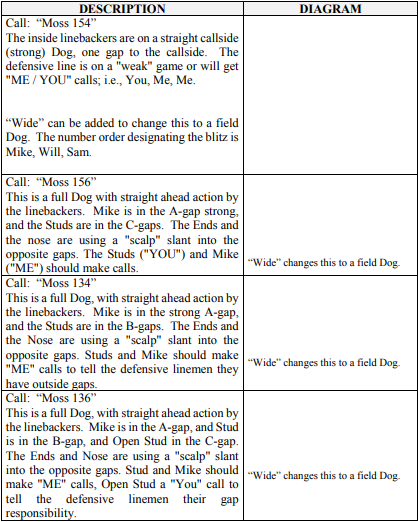 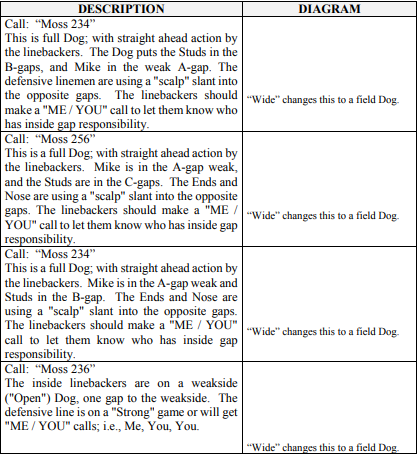 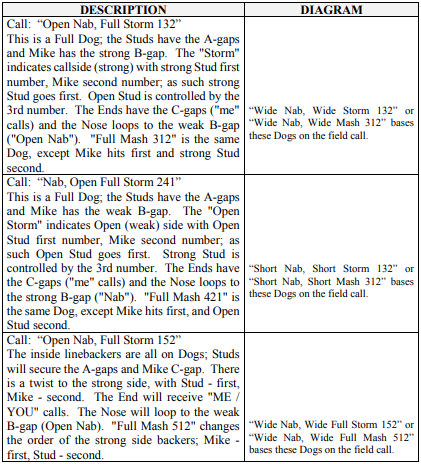 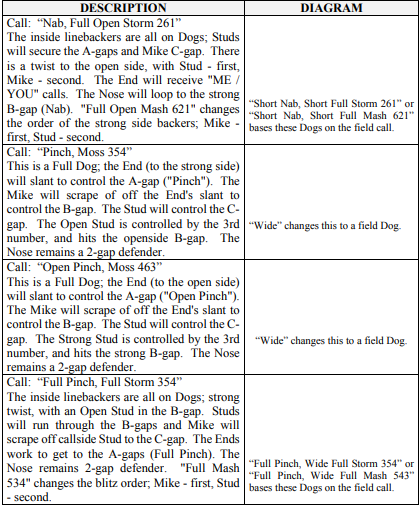 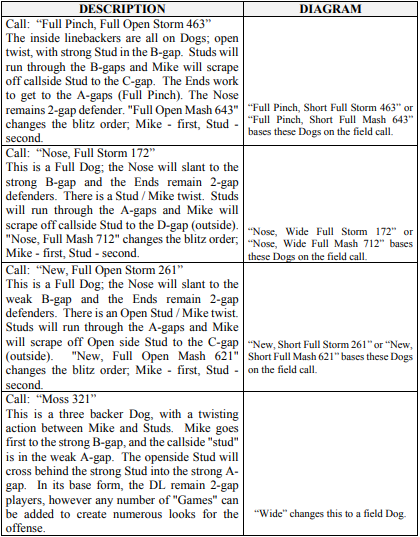 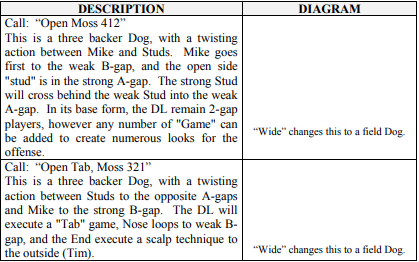