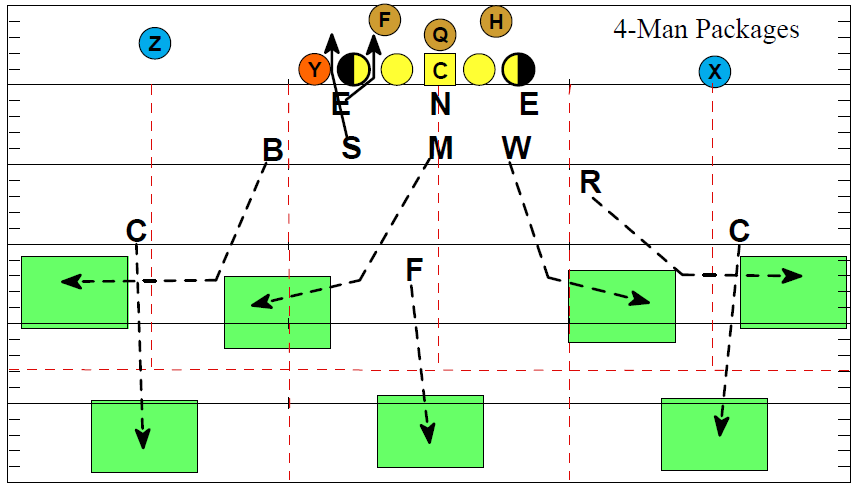 Cover 34:
There are three defenders in the three deep zones, and four defenders in the six underneath zones. The undercover will drop through one zone to end up in their zone responsibility. The undercover must pattern read on their drops; the “hook / curl” defender will read #2 or #3 (if trips) and use three techniques: (1) “carry” are vertical route, (2) “match” a drag, and (3) “turn” on a dig. the “curl / flat” defender will be a “zone” player versus a #2 tight end, but a “buzz” player versus a #2 slot receiver Versus Trips, the “Level” look puts a defender over the top of #3, but the first inside linebacker not going has the pattern reads of “carry, match, turn”. 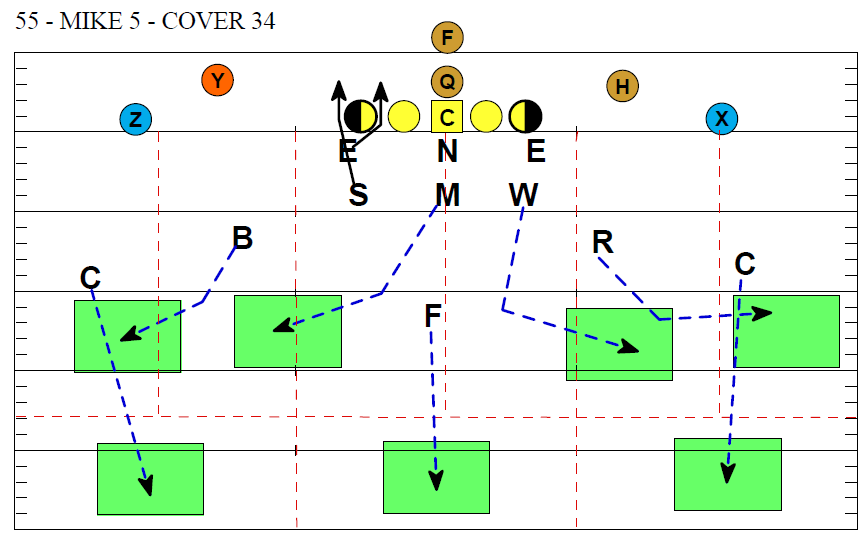 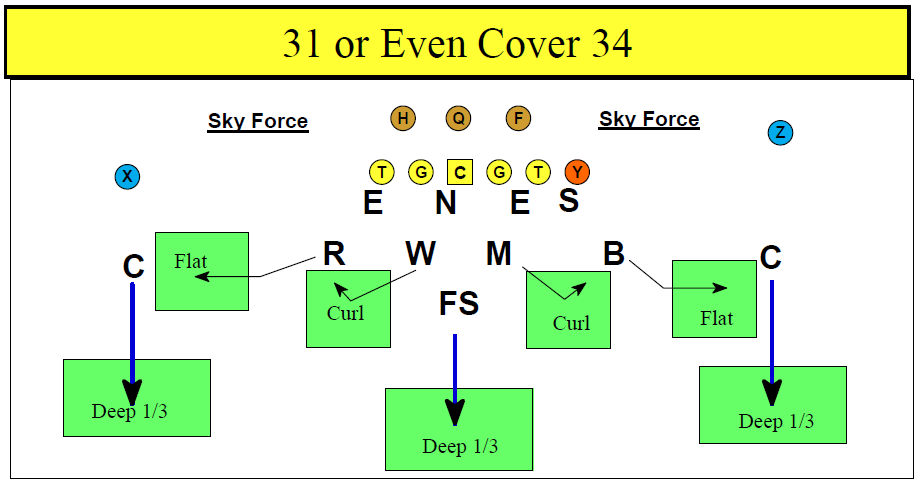 Cover “34” Is a three deep zone with four underneath defenders. Cover “3” is excellent coverage vs outs
and hitch routes.

Linebackers: Drop to short middle zones. Eight to twelve yards deep on all drops with your head on a swivel looking for receivers coming into your zone. Pass off receivers to teammates on all tito’s. Make contact and work your eyes and your feet.

Bandit and Razor: Read release of nearest receiver, key number two dropping to short Hook and Flat routes, keep head on a swivel. Pass off receivers to teammates on all tito’s. Make contact and work your eyes and your feet.

Corners: Cover deepest receiver in your zone, key number one your side. Keep outside 1/3 zone. Align six to eight yards deep on inside shade of the number one receiver. Never align any closer than eight yards from sideline.

Strength: Outside force and contain is a strong point for cover 3. Another strength with the use of Cover 3 is to disguise other coverages that come off of a cover three look. 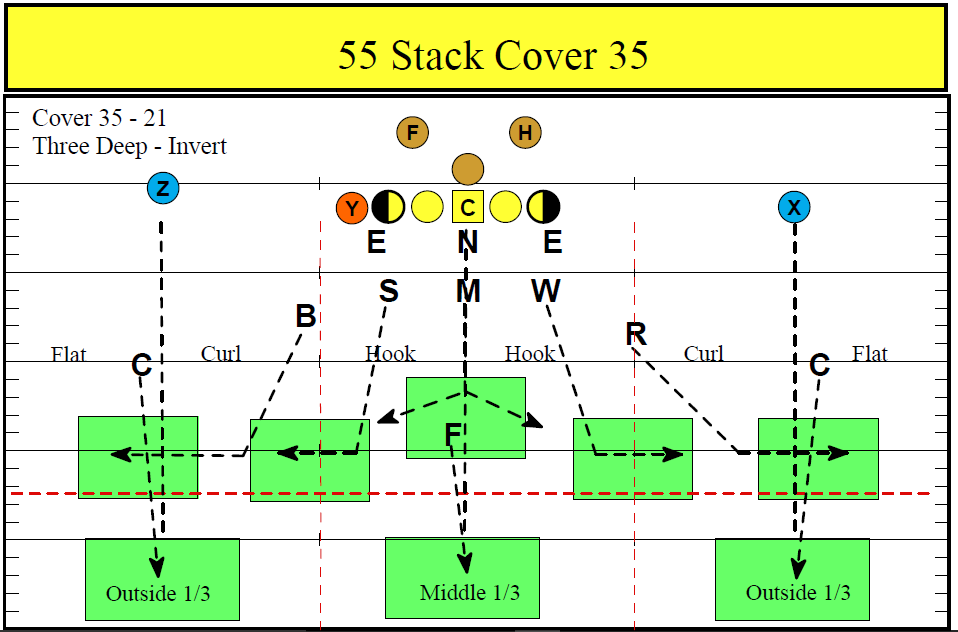 Cover 35 = 3 Deep With 5 Underneath Coverage 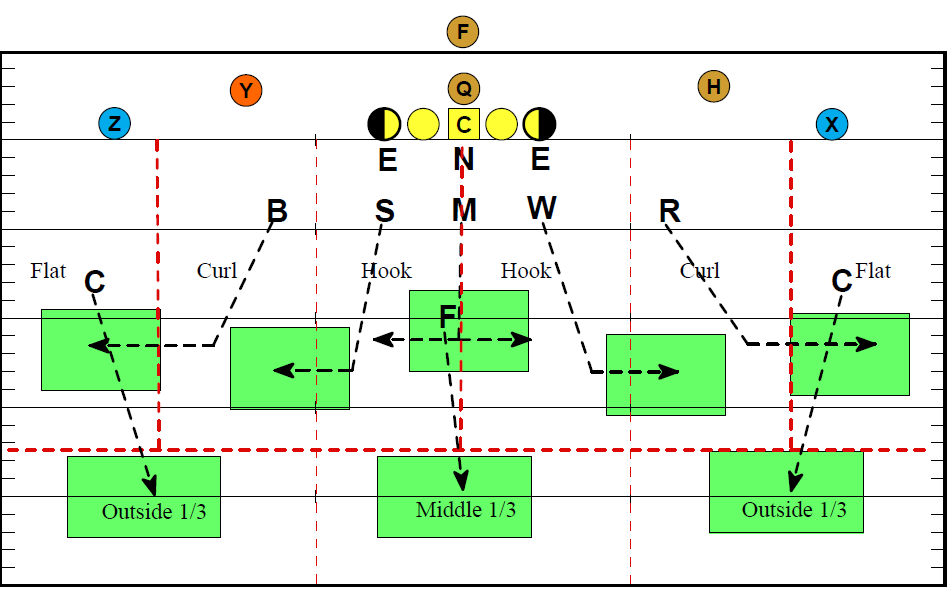