Defensive line play is your first line of defense, thus it must be one of your most productive units. The type of player that fits this mold should be one of play maker. As a defensive lineman your first responsibility is to play the run first the the pass second.

When defending against the pass the best pass coverage is the best pass rush. It will be our goal as a defensive front going into each game to strive for three quarterback sacks.

It is a known ingredient for the success of any defensive unit is to get as many defenders around the ball as possible. As a defensive technique that will be taught to get the defensive line moving will be to mirror step the action of the offensive lines movement.

The mirror step must be coordinated with the stance. Our stance will be from a three point or four depending how comfortable the athlete feels from playing from either. The feet shall be balanced with the feet parallel with each other and shoulder width apart. The key terminology here is to use
the phrase “Our Goal Is To Be In The Same Position We Were In, Prior To The Snap Of The Ball” this starts the mirror step. The mirror step gets us moving and should be a two step progression, the second step is a replacement step.

Whenever engaging a defender we will also talk in terms of three step escape. When mirror stepping an offensive lineman we should escape the block or reaction by the third step, this keeps them from getting tied up with the offensive blocker. Another landmark for escaping a run play that
comes to you is to escape the block once the running back breaks the outside shoulder of the defensive lineman.

Examples of The Mirror Step:

As an example the reaction by a defender using a mirror step vs a Base block when aligned as a three technique would be to step with the inside foot mirroring the outside straight ahead step by the offensive blocker. The defender should react to the type of play being run by his third step, the third step is an escape step. 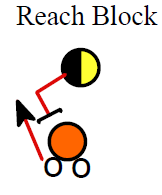 When defending against the reach block the defensive lineman would step with his outside foot first and then followed by the replacement step by the inside foot. 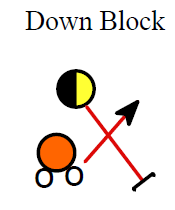 When reacting to an inside release (down block) the defensive lineman will first step with his inside foot mirror stepping the outside foot of the offensive blocker. The second step will be the placement step.

In order to get movement and speed to the ball we will mirror step our defensive front whether in a three, four, or five man front. The terminology used for teaching the mirror step is: “Your goal as a defensive lineman is to be in the same position you were in prior to the snap of the ball“. Whenever aligned on an outside shade of an offensive lineman and you get an inside release, you would first step with the inside foot and then replace with the out side foot, this is known as a mirror step. 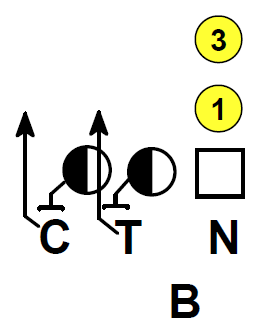 In this illustration both the Defensive End and Defensive Tackle would mirror step with the outside foot first keeping their outside arm and leg free. 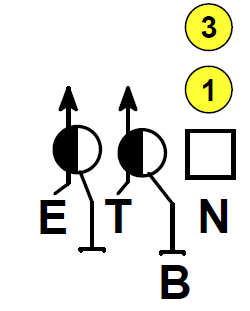 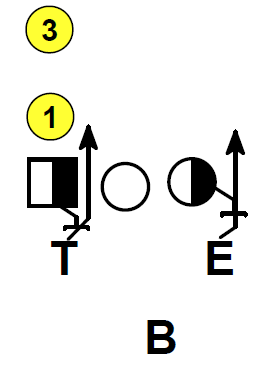 Whenever faced with the reach block your first step would be with your outside foot with a second replacement step with the inside foot. 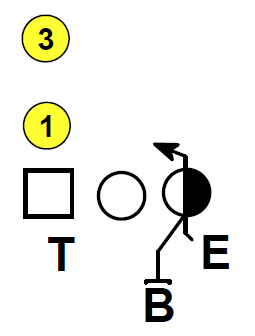 Whenever getting an inside release the defensive lineman will mirror step getting his eyes inside.