This post is the second part of this article.

Numbering Receivers In Your Zone: When we talk about zone coverage and the concept of playing the man in your zone, you must first be aware of who can become a potential threat in your zone. Your defenders must first begin by numbering their eligible receivers from the outside in, and by naming the receivers in accordance with the pass zones they can initially threaten. 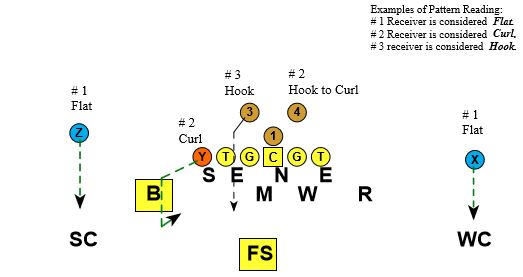 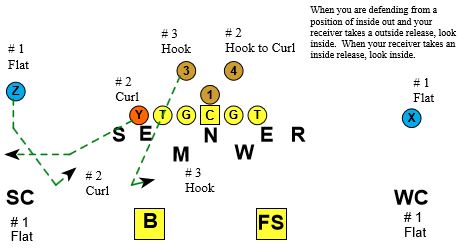 Remember: If you have Flat then stay as wide as the widest receiver. If you have curl make the quarterback throw across your face. If you have Hook, stay inside the same as you would if you had Curl.

Red Zone Technique / Minus 20 and In

Red Zone is that area on the -20 and In. Red Zone puts the defense with their backs to the wall. An offensive goal that most teams have is to score everytime inside the Red Zone. Once our opponent has moved into the Red Zone territory, we now must change, or better yet slow down our drops in zone or man technique. 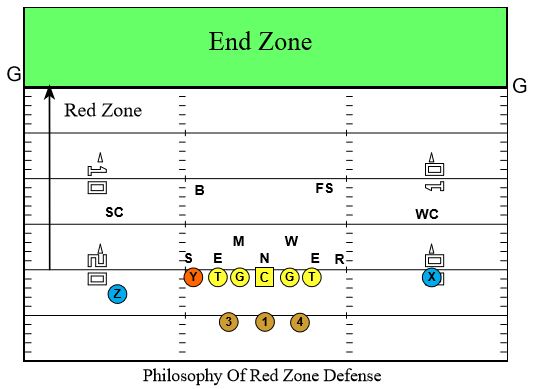 Philosophy of Red Zone technique is to never beat a receiver to the end zone. If a receiver catches a pass in front of you in the end zone, it is a touchdown no matter how hard you hit him. We want the ball to be thrown over the secondary defenders, or thrown like a bullet between the defender and receiver if we are in zone coverage. If the offense has to throw a bullet, it had better be right on target or it’s intercepted. No matter what coverage you are in, this philosophy applies “Keep the Receiver Behind You”. 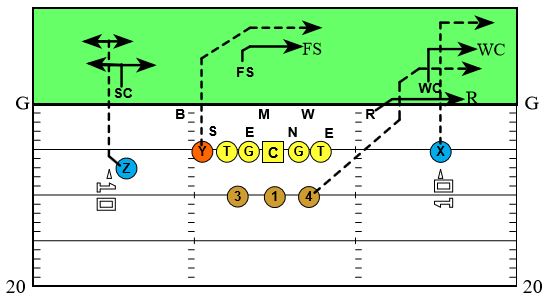 When playing red zone technique you can use your normal technique according to the coverage called, except you might consider slowing down your back pedals or drops to stay underneath the receivers. The closer the ball gets to the goal line, the slower will will back pedal or drop. Once the receiver we are defending crosses the goal line we should be between him and the ball at all times. Never beat the receiver into the end zone, this rule pertains to every coverage, zone or man. Don’t get behind the receiver or its a touchdown. If you are playing man then you want to be between the receiver and the ball.

An important point to remember with RED ZONE TECHNIQUE if you play behind the receiver in this territory it probably will result in a “Touchdown” so, stay in front of the receivers.