Inside Linebacker Stimulus Responses and Techniques

Linebacker Stance: Start with feet staggered, outside foot is back with shoulder width feet apart split. First step is with outside foot to balance.

Mike and Will Linebacker Gap Recognition and Responsibilities

Mike and Will Linebacker Gap Techniques 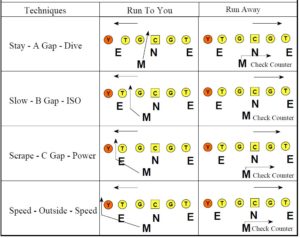 Mike and Will’s run techniques along with keys and reads

A running back’s movement is determined by the angle of his running lane and by the way he receives the football. A running back’s flow is broken down into 5 types of movement Dive, ISO, Power, Toss, and Check Counter. The different angles and the way the ball is delivered to the back will effect our linebacker’s reaction.

This section will focus on the different run reactions that inside linebackers must key and understand, when we talk inside linebackers we are talking about the Mike and Will Linebackers, the Sam will be included only when running the Wide alignment. The run stimulus provided in this section should carry right into your drill work at practice. Depending upon the area the offense is attempting to run the ball the Linebackers should know what type of play they are defending. As you execute your drills and verbal commands Mike and Will Linebackers should always give thier verbal stimulus. The following illustration gives you their stimulus and response. 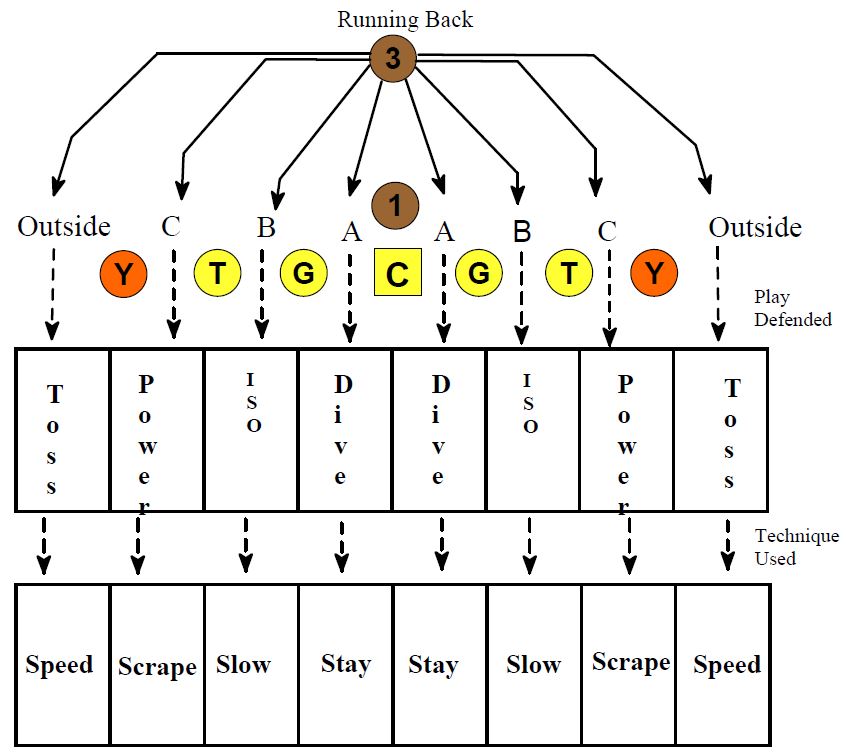