We will directional kick from either hash, as well as kicking off from the middle of the field. The sideline coach will designate the kickoff alignment when the Kick-off Team huddles along the sideline. This determination is based upon the scouting report and the type of kicks to be used against the particular opponent. When the kicker breaks the huddle on the field, after the referee has signaled the ball “ready for play”, the Kick-off Team will sprint to their appropriate alignment. The Kick-off Team consists of:

The basic alignment places the Contain Defenders four yards from the boundary, with the other players, whether an Alle or Bullet spaced at five yards apart. This alignment will be slightly adjusted based upon the types of kicks being used and the opponent’s return alignment. However, you must be careful when adjusting the Kick-off Team’s alignment so that the directional kick is not given away based upon the alignment.

Contain: Align four yards from the sideline. Their path is straight down the field, maintaining inside shoulder leverage, working to ball depth. Do not open up a running lane by widening. Fight the kick out blocks by playing physical football, using your hands, staying square, and squeezing the ball carrier. If you are on the backside of a directional kick, or the ball is away, then pursuit is no further than the hash until reverse ruled out. Be aware of a crossfield cutback, but attack at ball level using two to three yards of leverage; i.e., keep the ball in front by two to three yards. 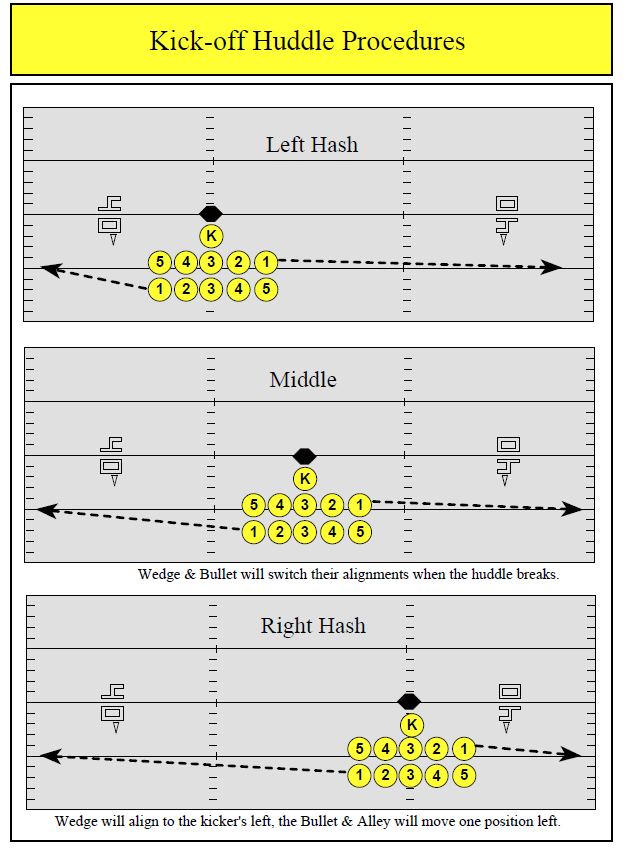 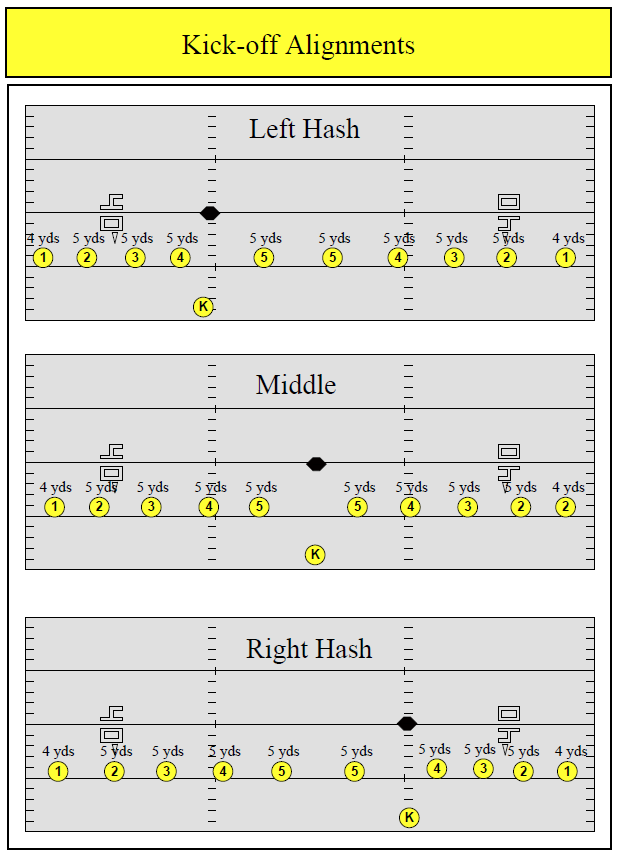 The following is a brief list of coaching points when discussing kick coverage: