This is the first part of a 2 part series. Click here to read Kickoff Return Schemes Part 2

A complete kickoff returns package includes both returns and defense. There are two basic returns, field and sideline, though each of these can have a variety of blocking schemes. The return defense schemes include handling squib and onside kicks. Finally, there are those special circumstances including a return after a safety, and the last play of the game. Here is a brief recap of these schemes:

2. Field Returns
These attack the kickoff coverage between the hash marks with two schemes:  cross field blocks or wedge.

3. Special Returns
Whenever a directional kick occurs opposite a return call, we have a base return that is executed. Also, a gadget by the Pride and Joy team can seize the momentum.

4. Defending the Onside Kick
In most cases, a properly executed play will put the game away. The “Hands Team” is responsible for defending against the onside kick.

5. Defending the Cluster Kick
We will game plan versus a team that kicks from a cluster. Depending upon the discipline of the coverage players, we can use any of our return schemes. However, if they surprise us, we run an automatic cross middle wedge – wicked hits await those who want them!

6. Return after a Safety
The defense has just scored, whether it was forced or unforced. The opposing team must “free kick” from the 20-yard line. The Pride and Joy team will be responsible for fielding the “free kick”, even though in all likelihood, the ball will be put in play with a punt.

7. The Last Play
Play every play. If a team scores with a few seconds on the clock and we are down, we will use “The Last Play”. This is a rugby style return. 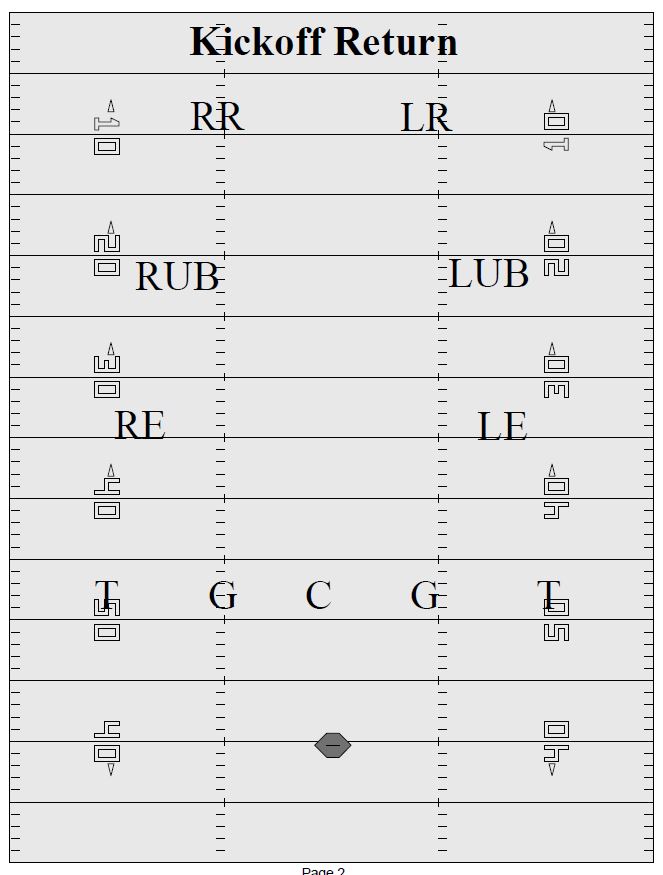 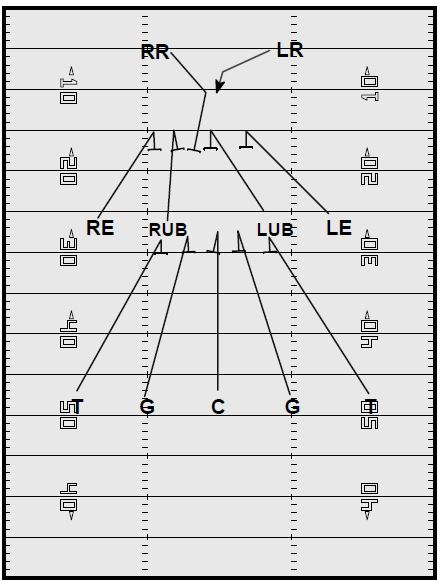 As the front wall retreats they should keep their eye on their block responsibility. All blocks should be turned to the outside, with the return back hitting up inside the wall.

The front wall will set their back foot on the 47 yard line with forward body lean towards the kick-off  unit.

The Fullback will be responsible for setting the back wall 15 yards in front of the deep back receiving the ball.

This is the first part of a 2 part series. Click here to read Kickoff Return Schemes Part 2