These thoughts on clutch performance are from Spencer Wood Icebox Athlete Sports Performance Resources. Click that link to see his Mental Toughness Edge website. There are some articles on mental training and other resources as well.

According to a study based on professional athletes in the NBA, NFL, and NHL, the following eight traits were found to constitute the ultimate athlete:

Five of the above traits are mainly mental attributes.

There isn’t a coach in America who would say that mental skills and toughness isn’t critical to clutch performance. But how many coaches devote fifty percent of their time developing mental skills?

Misconception that mental skill and toughness only need to be worked on if there’s something wrong.

We must give our athletes an actual skill set to work on. A crisp definition of what is expected.

What happens to the brain under stress?

Perceived threat leads to a fight or flight reaction.

How does this effect performance?

Fight or flight is not all bad. 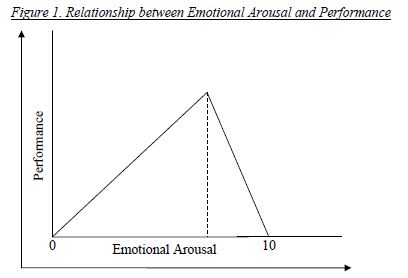 Take out the trash:

When you see an image in your mind, whether it is real or imagined, you have a greater chance of reciprocating that image.
Three rules for using imagery before a game to improve a young person’s skill level:

If we took a mediocre NCAA basketball player, and one of the greatest players in NCAA history and a mediocre player, and compared their self speak, would there be much of a difference? Yes the difference would be immediately apparent.

The inner voice of the mediocre athlete is like this:

If you could take down everything Michael Jordan said to himself during a game it would be owe inspiring.

There is a process to marry the right words and the right images to enhance clutch performance.

1. Set the goals.
2. Keep the statement positive and realistic:

With a mediocre player, focus switches between channels more often in clutch situations than an elite level performer.

In timeouts get the players to switch to their audio channel.

Have you ever seen a player use negativity to fuel a better performance?

Educating your athlete on what choking is puts them in a different mindset when it comes to taking that final shot.

The question now is not whether I’m the G.O.A.T. or not if I miss this, the whole focus is on maintaining the 4 C’s which will in turn increase the probability of success.