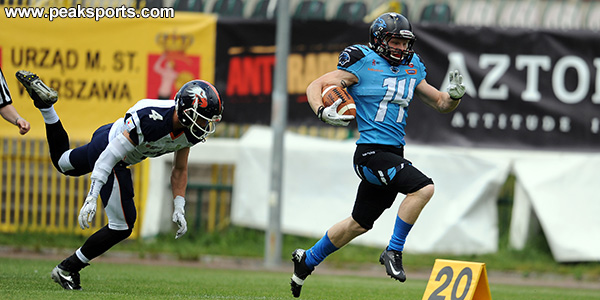 This article is republished with permission. The original article appears at Mindset and The Eagles’ Losing Season.

How to Be Self-Accountable in Sports

Have you had a season where nothing much went right?

You had high hopes for this season especially since you had a solid season the year prior. Now you are left with, “What went wrong?” Or, “How can I get out of this mess?”

Athletes, coaches and staff of a team must work in unison toward a common goal. It can be very frustrating when you feel your teammates aren’t giving it their all or a couple of injuries have held the team back from its full potential.

When teams under-perform, athletes can become tempted to ‘finger-point’…

“If my coach didn’t take that player out of the game, we would have won,” “If the official hadn’t blown that call, we would have had a chance to pull out a victory,” or, “If certain players just worked harder in practice, we would be having a winning season.”

The temptation to finger-point and blame is easy but will never help turn things around. Finger-pointing puts everyone on edge, causes some athletes to give even less effort, detracts from team cohesion, interferes with communication and detracts from concentration during games.

How can you turn a messy season around?

Being accountable means doing everything within your power to compete to the best of your abilities and contribute to the team. Being accountable entails controlling only those things that you can control; preparation, attitude, skill development, training, effort and focus.

Being accountable requires that you look within and determine how to best prepare and be an asset to your team.

Simply put, accountability is about DOING YOUR JOB!

Being accountable is the exact message going around the Philadelphia Eagles’ locker room as they fight through a difficult 2018 season.

Last year, the Eagles overcame quite a few obstacles and key losses due to injuries to win the Super Bowl. This year has been a different story for the Eagles…

The Eagles are 6-6, already with twice as many losses as last year. Eagles center Jason Kelce stated that each player must be accountable if the team is going to get back on track this season.

KELCE: “Everybody takes accountability in making sure that everybody is ready to go. From a players’ standpoint, it’s on you to make sure that you’re watching the film, you’re doing everything during the week necessary for you to improve, to make sure that you understand the finer coaching points, every little detail, so that when you’re in the middle of the game, you’re not playing slow or apprehensive, you know exactly what you have to do and you can go 100 percent and give great effort.”

The best way for you to contribute to your team’s success is to be accountable for the things you think, say and do.

Every player on every team has a job to do, from the starters to the players that see limited action.

The first step in being accountable requires that you identify your job on your team.

Then, make a list that details the small things you need to do your job to the best of your ability.

Don’t just think of a list, write it down and read it before every team event.

After every practice, ask yourself the tough question, “Did I do my job today?”  If not, ask, “How can I do a better job tomorrow?”