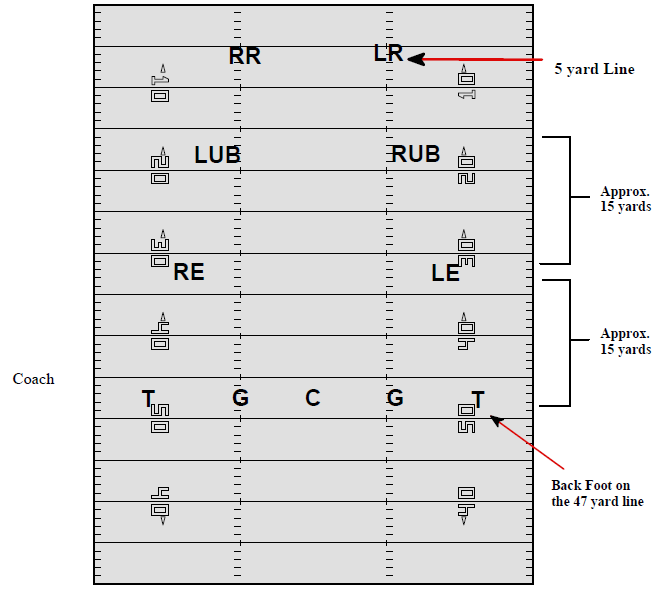 The front wall will set their back foot on the 47 yard line with forward body lean towards the kick-off unit. The front wall should never retreat until the ball has been kicked.

Our second wall (LE, RE) set their back foot on the 32 yard line at the top of the numbers and will be the outside blockers on the second wall. If the ball is kicked deep the second wall will always set their wall 10 yards in front of the returner.

The right and Left up backs will align their back foot on the 20 yard line and will split the difference between the numbers and the hashes.

Right and Left Returners will align at the 5 yard line and on the hashes. The back who leads the returner will lead the returner up and through the second wall. The lead back will take his path between the Right and Left Up-Backs. 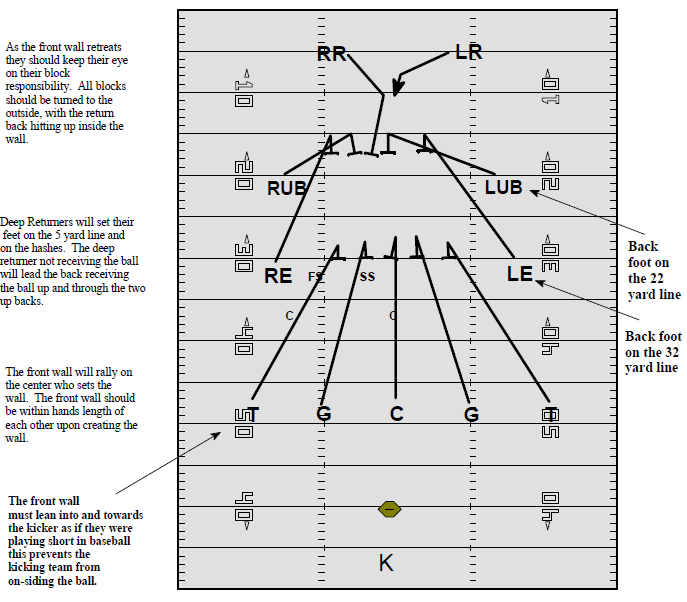 The front wall will set their back foot on the 47 yard line with forward body lean towards the kick-off unit.

The front wall will set the middle return whether middle or to a hash after tracking their 4 lines but, not crossing the 5th line. Prior to reaching the 5th line turn and set the front or approximately on the 30 yard line according to ball direction. The center is responsible for setting the wall. If the ball is kicked between the hash and the sideline then the center will set the wall on the hash. If the ball kicked between the hashes then the center will set the wall middle.

The Fullback will be responsible for setting the back wall 10 yards in front of the deep back receiving the ball.