Red Zone efficiency is usually the difference between life or death for an offense.

Unless you’re hitting a ton of big plays down the field, you’ll usually find yourself in an area of the field where a some of your favorite plays may not work as well as they would in a lot of other spots on the field.

You’re approaching the end zone, and you’ve got more space to your left and right, out on the perimeter, than you have left in front of you to stretch the field deep.

What does that mean for you?

It means you better have some specific plays dialed up for the most critical area of the field.

I’ve been collecting lots of creative red zone plays from this past season, and at some point here in the next few weeks I’ll be releasing 101 Red Zone Plays for you to add to your library.

(But that’s not what today is about)

Today I just wanted to take you through 4 of my favorite red zone plays I’ve seen so far. 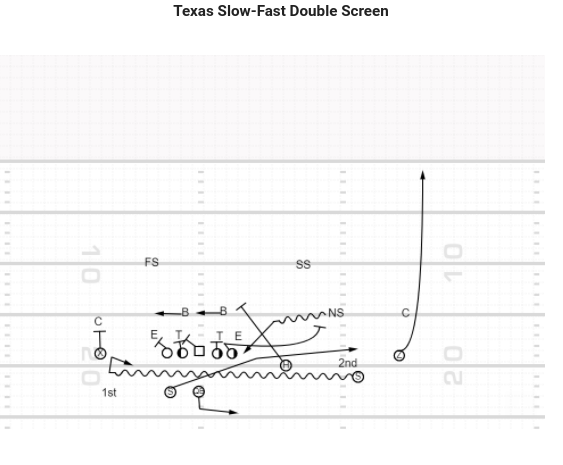 This Play Came From:
Texas OFF vs Oklahoma

This isn’t an “RPO” but it’s still two packaged concepts in one where the QB has a decision to make based on numbers and leverage. (A PPO?)

Lining up with Trips to the field and then motioning the slot across gives Texas a chance to see how the defense will react. Against a team who likes to bring a lot of field pressure, including the standard NCAA blitz, the slow screen to the field can create a solid lane for the ball carrier out in the alley.

This is a pretty simple decision based on presnap numbers and leverage. If he likes the picture to the now screen side, he’ll throw that right away. If not, he’ll still pump fake it, and then throw the slide screen coming the other way.

Lining up the back to the boundary and releasing him opposite to the field allows this offense to perfectly time up the release of the route. Likewise, the RT will block down for a count, then release wide without getting too much depth and try to get the edge on any defender bringing pressure 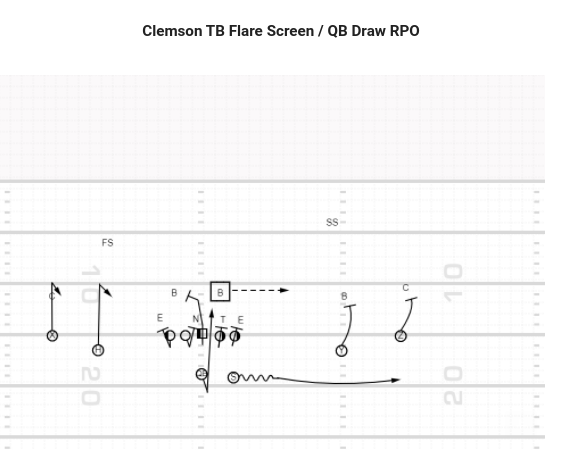 This Play Came From:

This is a pretty simple play to draw up and read for your QB, especially against teams who play with a lot of vanilla 4-2 box looks against your spread sets.

The QB will read the playside linebacker for throw/keep. The motion of the RB will give the QB a clear view of the LB’s intentions.

The other thing to remember is the importance of practicing good blocking out on the perimeter and drilling that home with your players. So many times we see a good perimeter screen look good on paper but fail in the game because of poor blocking, or because the players don’t understand the importance of proper leverage. The Y should aim for the outside shoulder of the Nickel, whose job is to force the ball back inside, to use his technique against him. 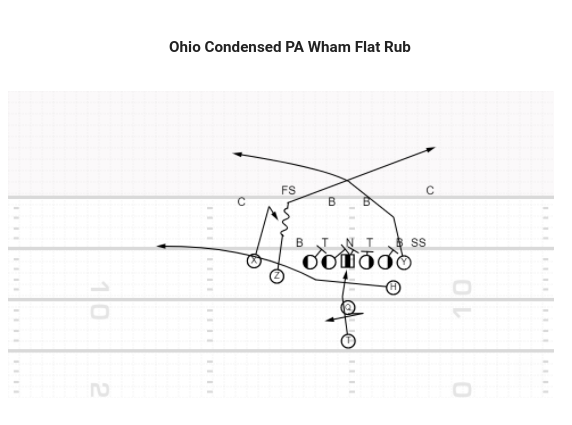 This Play Came From

Ohio OFF vs Bowling Green 2020

That’s right, these are the Bobcats, not the Buckeyes. I’m a huge fan of condensed formations, especially when you fit them in organically with the base of your offense. This is a good play call built off of their inside zone series, and it’s a similar look to the first TD from Tom Brady to Rob Gronkowski in the Super Bowl last Sunday.

The H-Back should look to get to flat without making contact with DE. If DE does come upfield, H needs to collision him through his outside shoulder to slow up the rush and provide a little bit of protection before heading out to the flat.

The Y sets the mesh at 8 yards. The mesh of the TE and Z creates a rub vs man coverage, and gets the QB a second option if the defense completely clamps down on the first level threats.

If the X can get a rub on anything carrying the H to the flats, it makes for an easy throw to the flat. The play is really designed to put that weak side of the defensive front in conflict. That backside inside linebacker gets a play fake to worry about, then the Z receiver coming over the top, the X sitting down just outside of him, the TE setting the mesh, and the H-Back slipping out to the flat.

If the defense is packed in tight to the condensed set, this can be an easy pitch and catch out wide. 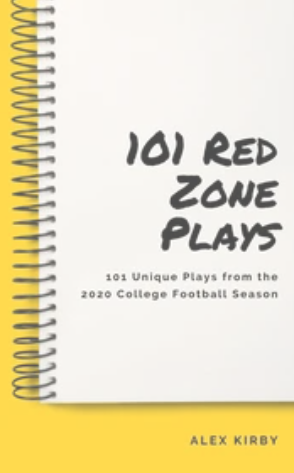