This article is republished with permission. The original article appears at One Offensive Line Drill Every Team Needs.

If a team has a good offensive line, the pressure is taken off the QB, RB’s, WR’s and the entire defense (who don’t need to be out there so often or long)! Talk about a morale boost when you can move the ball and get first downs more easily.

So what is it that really makes a great offensive line? There are lots of factors, but if you have great technique, the size of your line doesn’t matter as much as you might think. Many successful coaches agree that they will take a more technical lineman who is undersized almost always over a bigger and less technical player who can’t take the right steps and has lousy form. In most high school and especially youth programs, technique is going to win consistently. It isn’t until playoff time or in larger school programs that you run into size being a factor.

It’s easy once your season carries on over a month or so to get lazy with teaching offensive line technique. It can get boring for your players and as a coach you might have given up on some players who you just think can’t get it! But don’t give up yet…now is when you can have a breakthrough and other teams who hit that mid-season slide will be lacking when they play you. 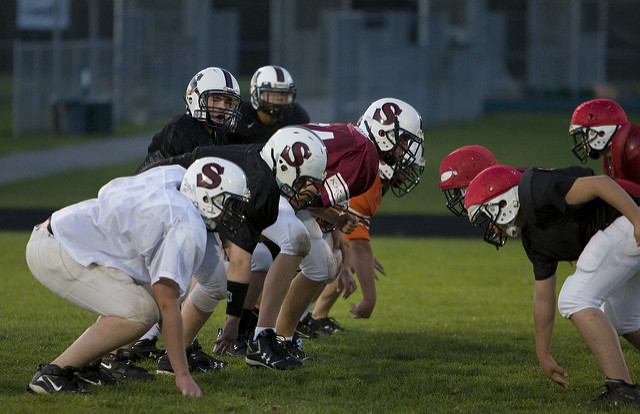 Because offensive line play is unnatural, you should make sure that every day you are working body positioning, stance and movement in those positions. This is challenging for young lineman because they may not yet be strong enough to hold those positions. That’s why it’s important to work it every day. But in addition to this, the single best practice tip I have ever received was to make sure that your players practice every possible skill that they might need for a game situation. As a former receivers coach, I would have my receivers practicing every possible catch. This strategy carries true for every position and is why the following offensive line drill is so important.

The one offensive line drill that I believe is the most important drill you can do with your lineman every practice is a partner drill. When working with partners, you get maximum repetitions out of your time. Time is not wasted with players standing in line waiting their turn. Another benefit is found in the way players can be paired up. By pairing together upper-classmen with under-classmen, both can benefit from the teacher-learner relationship that has been proven to improve growth among both players.  Finally, each player can work at his own pace and coaches can move around giving specific feedback as needed.

In your every day partner drill, you can quickly cover every block needed for practice that day. Start with the simplest block and then advance up from there. For example, the base block is first. After a player practices his base block a few times, the group can be directed to switch partners and repeat the same block.

Keep progressing through every block needed that day until every player has practice a few times the steps needed. Early on in the season or the first time teaching a block, have them go one at a time so everyone’s form can be corrected. Soon after this, they can all practice their blocks simultaneously.

Each block should have a called defensive alignment or technique matched with it. For example, a base block is called against a defender who is slightly lined up to the outside. Then it can be called with a defender head up who slants one side or another. Down blocks can be called with players who are penetrators as well as players who read and try to fight over the block. 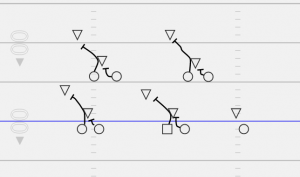 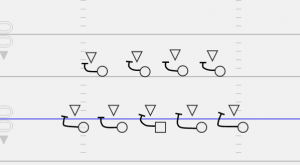 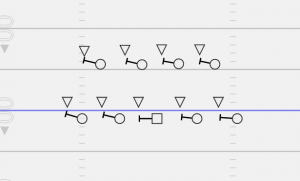 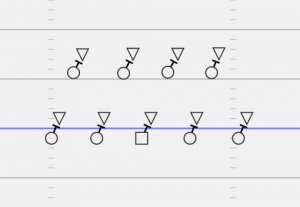 The techniques emphasized here include staying flat on the feet, staying in proper foot position, and not to be in a hurry flying through the block. Players should be making contact, lifting and driving the player back a few steps. Defenders can simply stand in an athletic position allowing the offensive lineman to drive him back a few steps. The contact level of the play is thud, meaning that there is contact (never helmet to helmet) and the defender offers some resistance.

In the Pro Style Spread System, we will rep the base block against outside, head up and inside defenders. We will also rep a reach block, down or back block, cut-off block, pulling and of course a double team block.

If these techniques are not practiced every day, they can’t be expected to transfer to a game situation. That is the ultimate goal when you practice drills.

Having this drill in the daily practice plan also give a great reference to players back to techniques they need to have to be successful in games. Reminding players of the techniques practiced earlier and encouraging them to use them in the same ways reinforces the need for the drills and can help with daily motivation.

If you really want to get serious about learning offensive line strategies and drills you can go HERE to find some more great resources.