The Protector will count the return team’s front, beginning on the left side. They will not count the defender aligned over the Gunner, so the next defender inside becomes No. 1. If the return team does not defend either Gunner, the Protector will make a “309” call and quickly yell “ready”. The ball will be snapped to the Protector who will throw the ball to an uncovered Gunner who is making a slow release up field until they catch the football. There should always be at least one defender over the Gunners. Again, if uncovered make the “309” call.

Generally, the rush will consist of or give the appearance of eight players along the LOS. Any time there are only seven players in the box, we must know where the eighth man is. The box consists of an area from wing to wing, from the LOS to 3-yards deep. We will not count a player if they are not in the box; i.e., at a depth of four yards or greater.

A recap of the numbering system is as follows:

• We number the rush team from the outside to the inside on each side of the long snapper.
• We do not count the defender over our gunner, unless there are two defenders aligned over the gunner. Then we will count the inside defender as “one”.
• If a defender is off the LOS, but no deeper than three yards, we add a “soft” to the blocking scheme call. This call alerts the interior blockers that they may need to execute their zone scheme.
• If a defender is more than four yards off of the LOS, we do not count that defender. If there is doubt or the defenders are moving up and back (“prowling”) – count them. The blocker that spots the prowling will yell “alert”, alerting his teammates to a possible stunt or twist.

The following are examples of the blocking scheme calls: 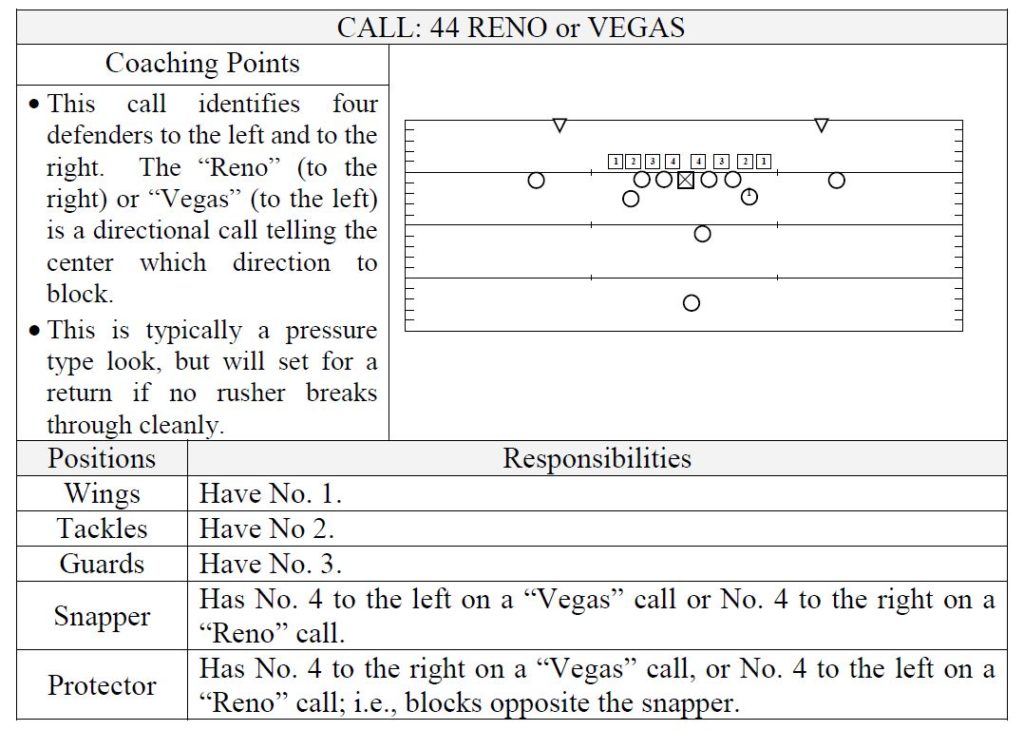 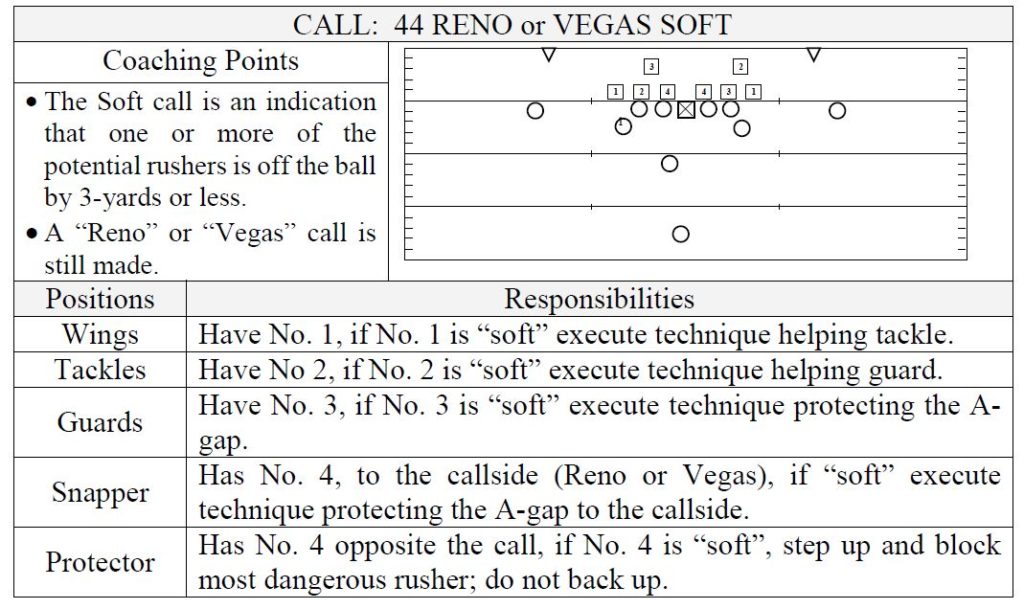 Whenever faced with an overload situation, (five rushers to one side) the players to the “load” side must emphasize their first step to get separation from the rush. This will allow them to see the defenders and pass off or switch all twists by the rush defenders. The blockers away from the load will blocker their count because it should be three on three.

Whenever the rush team aligns three men outside our wing and tackle, the wing will make a “wide” call. The “wide” call alerts the inside blockers that the rush team is trying to stretch the protection. The “wide” call, along with the “soft” and “alert” calls is an important component to the protection scheme, because the calls raise the awareness of the BOMB Squad. The calls do not change the blocking scheme, but can change the technique from man to zone. 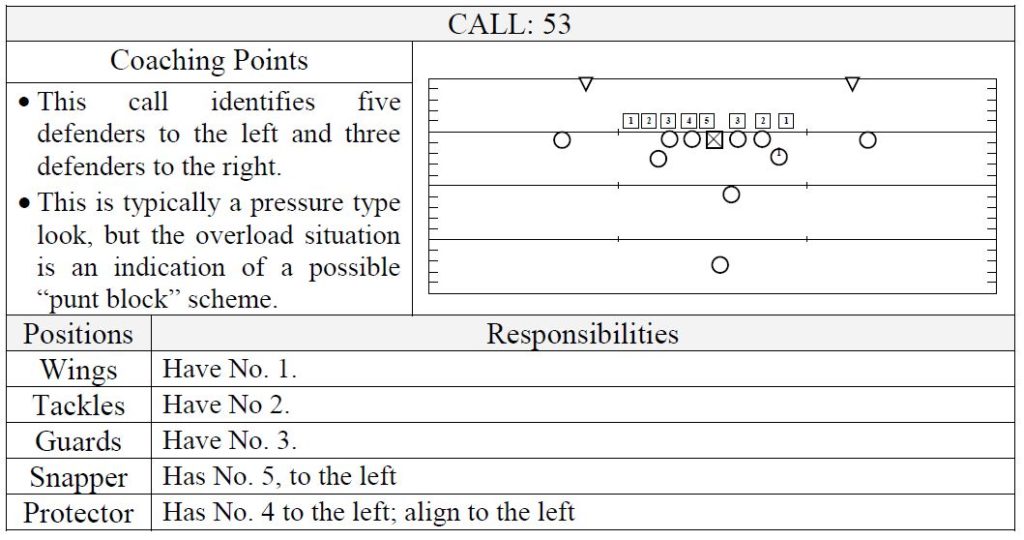 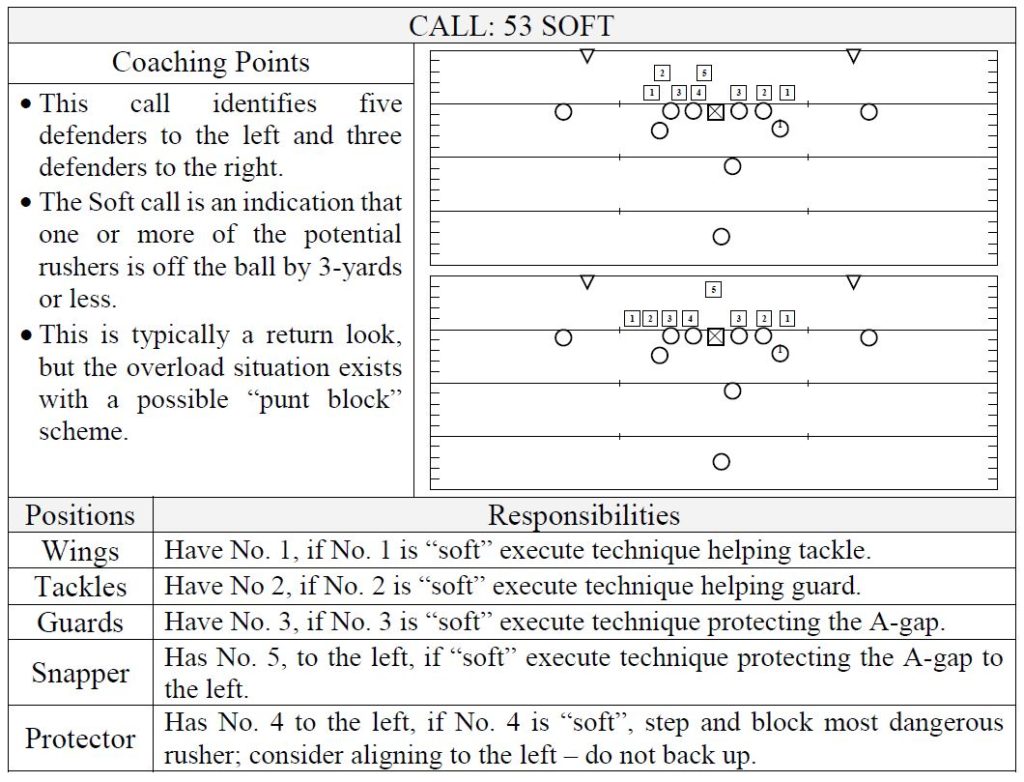 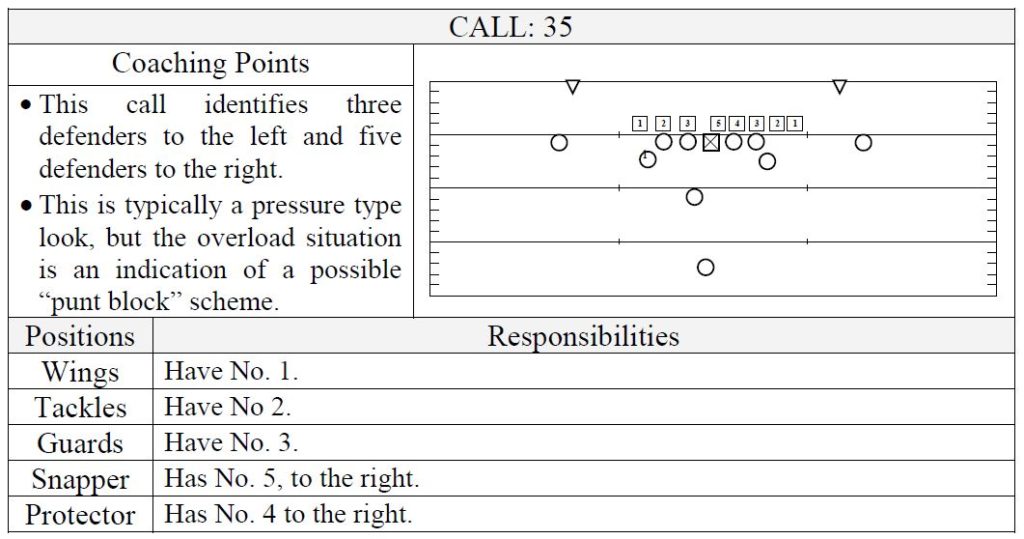 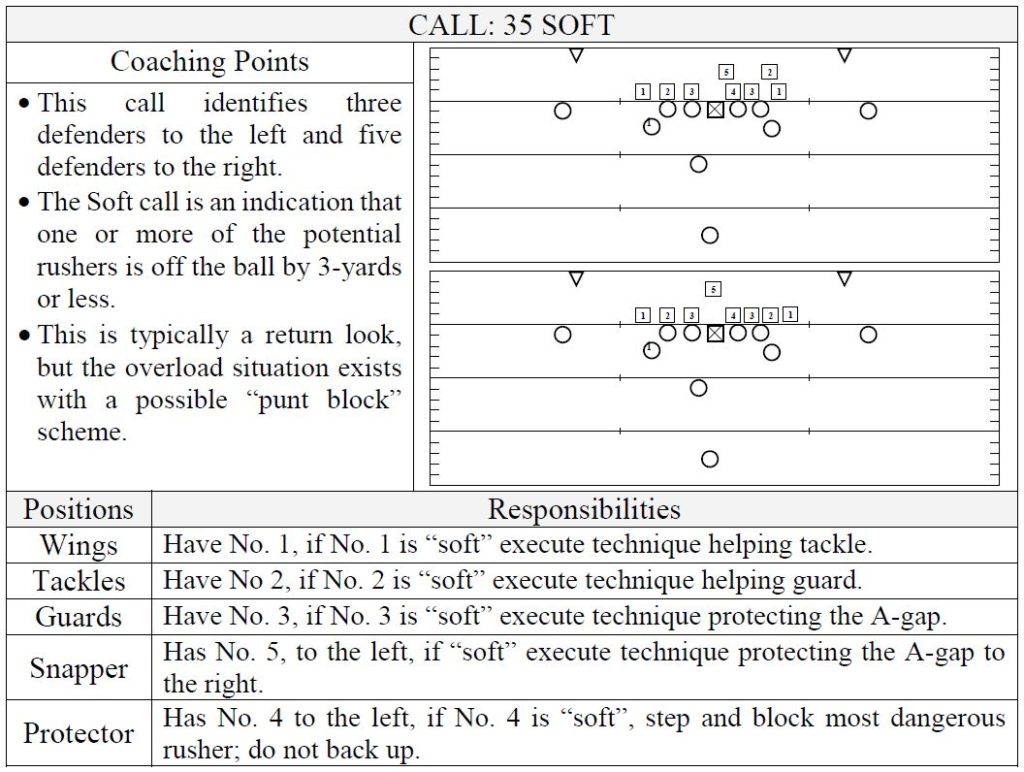