This article was provided by Training and Conditioning

Football-related concussions continue to dominate the news as everyone searches for the best way to keep football players safe during practices and games. Much of that attention has been focused on ways to modify helmets to lessen the likelihood of concussion. This article in the Dallas Morning News, one in a four-part series, looks at the strides helmet manufacturers have been making. 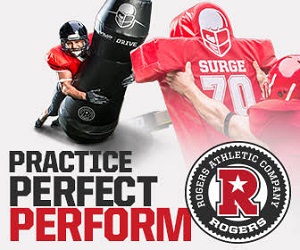 “Until recently, there was not a measurable difference in concussion risk across the spectrum of helmets—even including the more expensive ones,” said Michael Bergeron, PhD, FACSM, President and CEO of Youth Sports of the Americas. “Very recent advances in materials and design, however, show promise in reducing forces transferred to the brain.”

One company at the forefront of helmet innovation is VICIS, which was created in 2013 and counts former NFL players Tim Brown, Jerry Rice, and Tony Dorsett on its advisory council. The company’s ZERO1 helmet is being promoted as “inside-out,” meaning it has a soft outer shell that deforms like a car bumper when hit. It’s set to debut later this year, and a high school version is scheduled for release in 2017. Additionally, the VICIS RFLX employs a columnar structure that moves omni-directionally to reduce the effect of linear and rotational forces.

“Rotational forces were, and still are, thought to be the most likely culprit to lead to concussion,” said Sam Browd, MD, PhD, FACS, FAANS, FAAP, Chief Medical Officer and Co-founder of VICIS and Associate Professor of Neurological Surgery at the University of Washington. “We really tried to engineer the helmet to address rotational and linear forces.”

Another company that’s looking to improve the helmet is Xenith. The company’s Epic model was rated number one in NFL laboratory testing in 2015. Xenith’s helmets, such as the X2E Varsity, employ a shock suspension system in which shock absorbers move independently of the shell to lessen impact to the head.

Xenith, along with Schutt, has also attempted to address issues with fit in order to keep players safe. In addition, Schutt’s Vengance Z10 model has a stabilizer system that cradles the head.

Efforts to limit concussions go beyond modifying the physical structure of the helmet, however. Riddell’s two most popular models, the Speed and Speed Flex, are imbedded with impact sensors to alert athletic trainers on the sidelines of excessive head impacts. Schutt models have athlete-monitoring sensors, as well.

In the future, helmet technology will continue to advance and hopefully keep players even safer.

“The helmet we have today will probably not be the helmet that we have in five years,” said Browd. “As a scientific community, as we learn more about concussions, there is going to be an opportunity to evolve helmet technology.”

Some experts believe one development on the horizon may be position-specific helmets.

“The positions where you’re taking hits on every play or very frequently in the line would be a different kind of a helmet—likely a much bigger, heavier one—than something that would be on a wide receiver, whose helmet would be more like a crash helmet,” said Robert Cantu, MD, Clinical Professor of Neurosurgery at Boston University School of Medicine.

Despite these advances however, health care professionals warn that there’s little chance a helmet will be able to completely eliminate concussions.

“I don’t know that we’ll ever come to the day where we have a helmet that can prevent concussions,” said Tom Bowman, PhD, ATC, Associate Professor of Athletic Training at Lynchburg College. 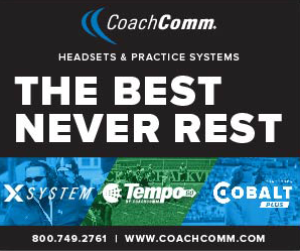 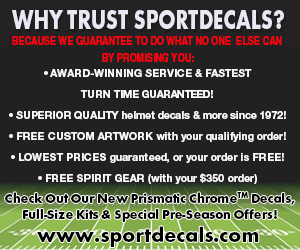 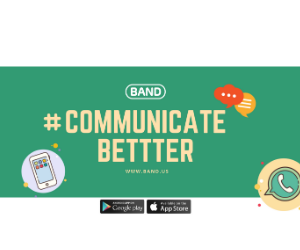