The following is a recap of our base punt returns schemes that come after pressure.

• Jesse – after Jesse James is used with middle pressure and a middle return using a “punch, wheel and shadow” blocking technique. This style of return, though designed to initially hit the middle, can turn into a sideline return. This is our base scheme.

• Wyatt – after Wyatt Earp is used with pressure from the right (eaRp), but a picket return opposite the pressure. We add an “orange” for a pressure left, return right.

• Doc – after Doc Holliday is used for pressure from the left (holliday) and a picket return left. We add an “orange” for a pressure right, return right. This is an excellent return because most teams will run a picket opposite their pressure.

• Shoot-out – after the shoot-out at the OK Corral is used for middle pressure with a middle picket. This is an excellent return versus disciplined teams that run the lanes, especially versus a “big butt” punt formation. 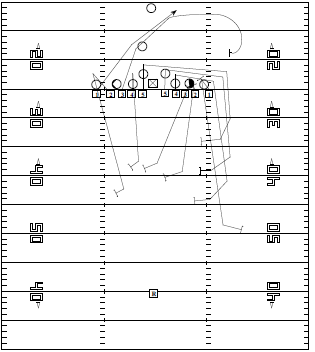 • This is a return opposite pressure.

• Important for coverage players to understand that the blockers want to release on wide arcs. Therefore, get the picket set a little wider than versus a spread punt alignment.

• Both techniques are used; the punch, wheel and shadow (“PWS”) and punch, release and wall (“PRW”). 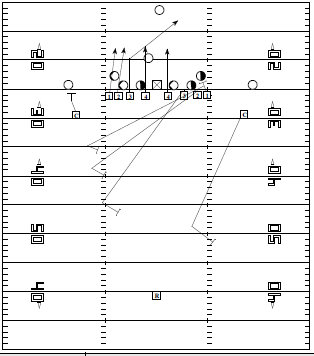 • This is a return to pressure – excellent scheme.

• Returner must stay between the numbers and hash.

• The players bring pressure should use punch, wheel and shadow (“PWS”), wall players use punch, release and wall (“PRW”).

• Fours are responsible for run fakes.

• Punts into the sideline, set the picket half-way between the sideline and hash (top of numbers).

• An “Orange Doc” changes this to a pressure right, return right. 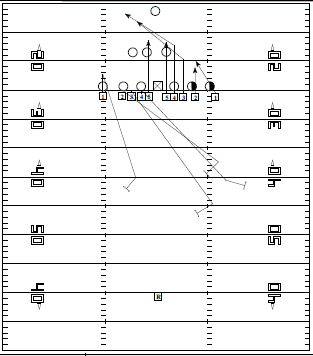 • This is a return to pressure – excellent scheme.

• This pressure look can give the “big butt” alignment problems because the “shield” does not know which side to step to.

• Always if clear path to the block spot, take it. 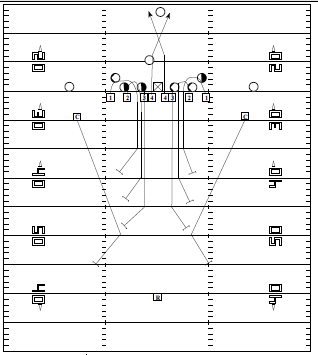 • Fours responsible for run fakes, as well as blocking protector and punter.