This is the first part of this article. Click here for part 2

Any second digit that is either a 0 or 1 can be a midline or trap scheme depending upon the tag that is added to the play. 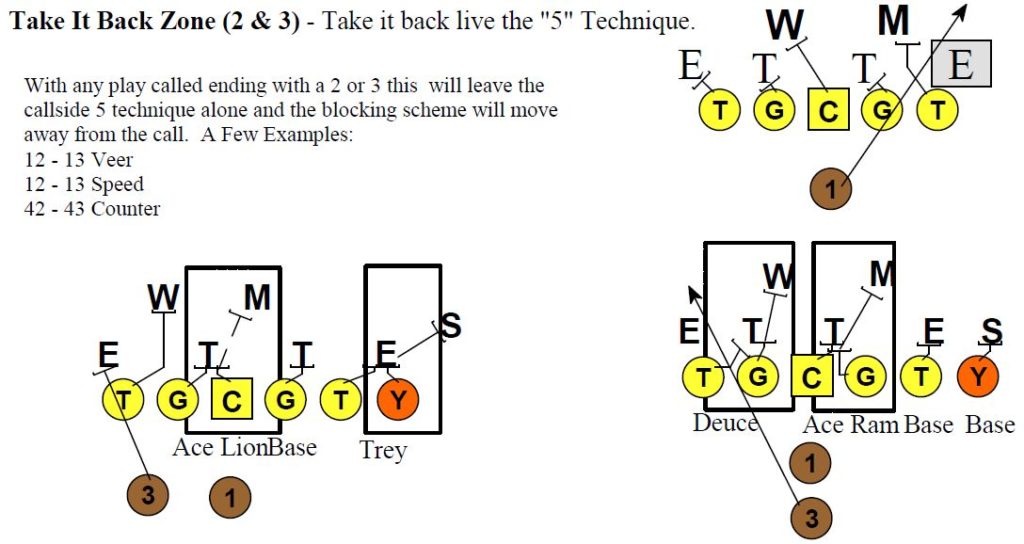 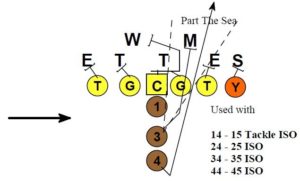 Slow rotating zone schemes are used with our ISO plays. ISO are blocked by using the term “Part The Sea” at the point of attack. The parting of the sea comes through the near ear of the down defender towards the play called. Whenever a lineman or combo parts the seas they want to work their feet and hips towards the play called as they attempt to push the block out and away. 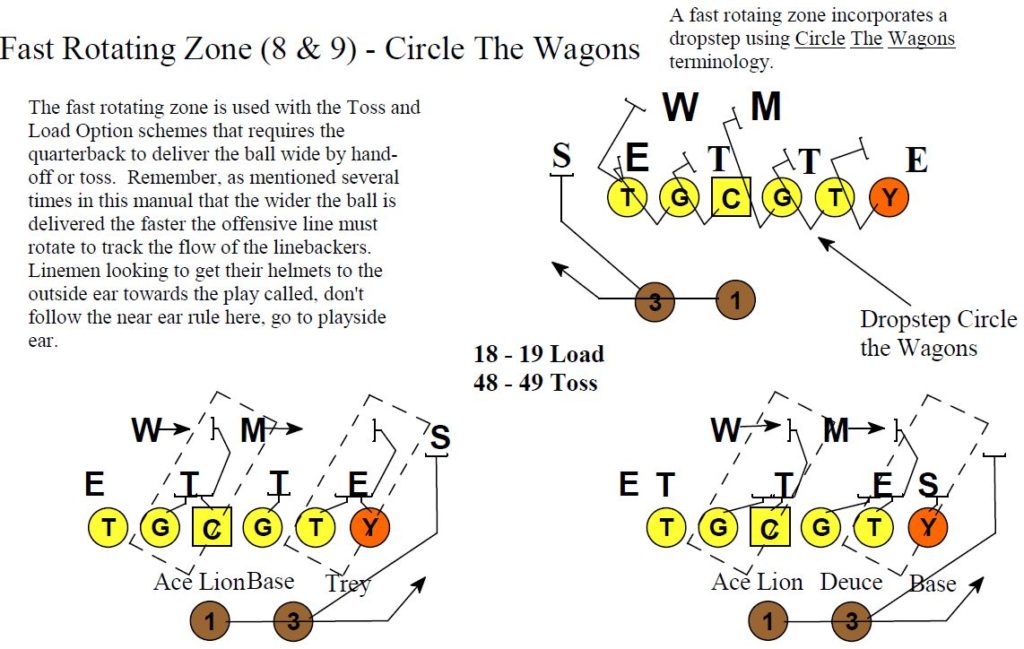 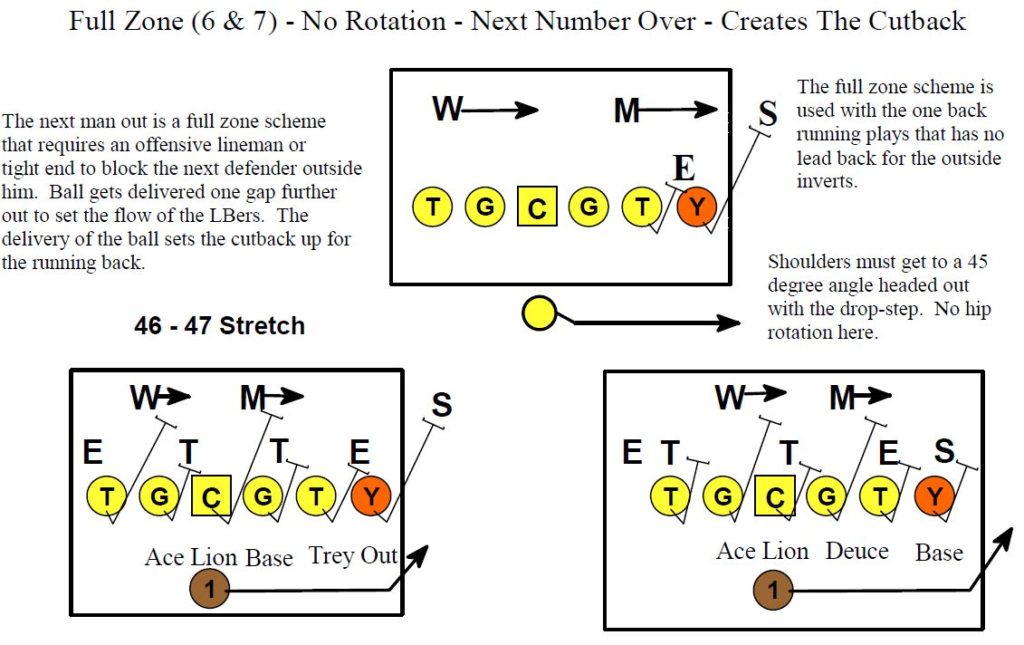 This is the first part of this article. You can see part 2 at this link: Secondary Blocking Schemes