Here is the link to part 1 of this drill: Tackling Drills Part 1 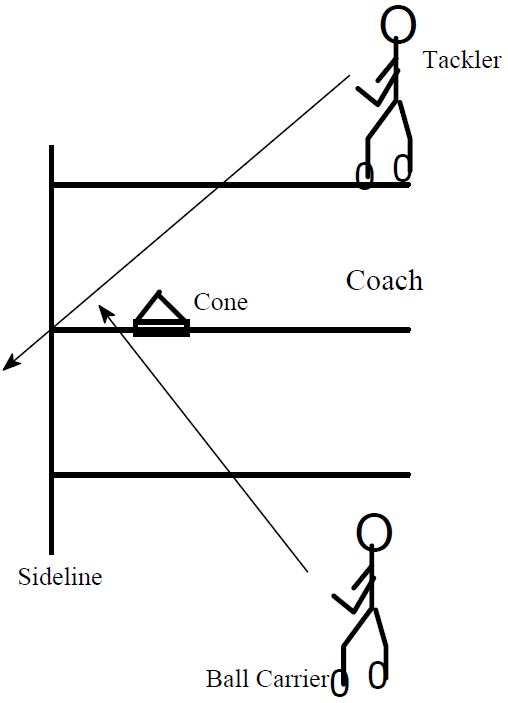 Sideline tackling incorporates the use of two lines one being the tacklers and the other the ball carriers.

Each row will be ten yards apart with a cone five yards off the sideline and each player creating a triangle shape angle to run this drill.

On movement by the ball carrier or coach the running back will run to the other side of the cone and towards the sideline.

The tackler will start on movement by the ball carrier.

The tackler will attempt to cut-off the running back at the cone.

The tackler will use proper tackling technique from a low to high position. After each player has gone they will change lines. 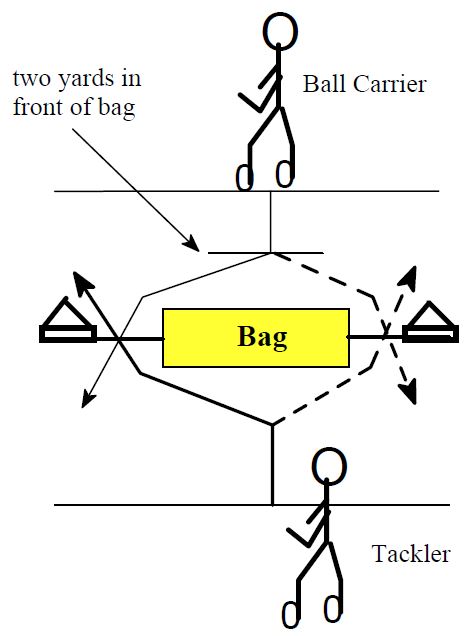 Run and Cut tackling drill incorporates two lines at a point of ten yards apart. Place a lay down bag between the two lines at 5 yards. One line will consist of ball carriers and the other tacklers. On movement by the ball carrier he will run to a point two yards in front of the back and then make his cut one way or the other. 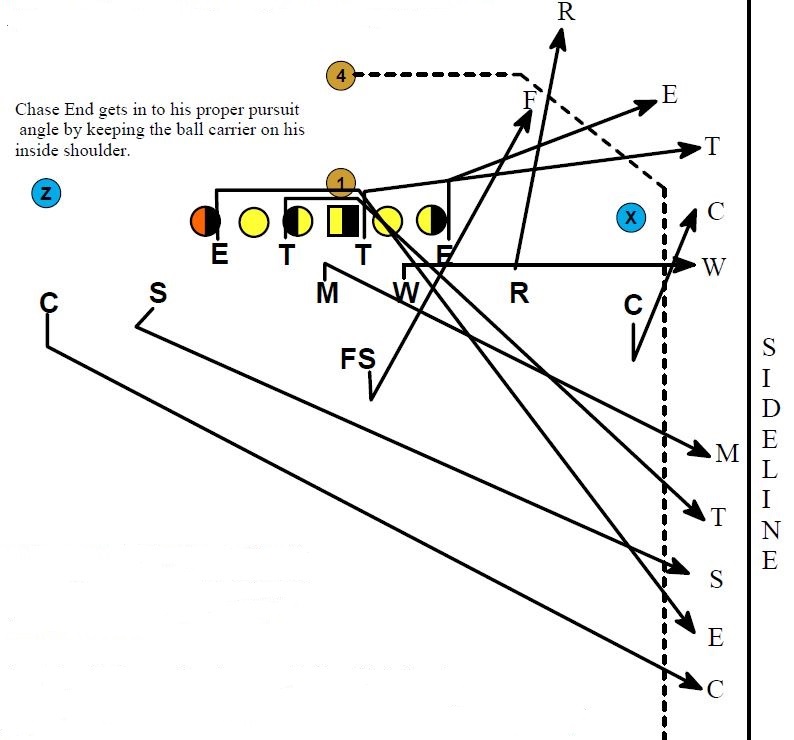 Run and or pass pursuit drill can be run to either side depending upon the coaches command. Players must respond with proper pursuit angles. Each defender should give a stimulus response to his necessary technique and responsibility.

Each defender will take a pursuit angle across and in front of the ball carrier.  When running through and past the ball carrier our defenders should simulate a proper form (profile) tackle from a low(eyes at ball level) to high position, pound the arms from low to high(my numbers up thru your numbers) as simulating the tackle as you run past the ball carrier. Each player will then turn and face the sideline with feet chopping until whistle blows. All players will then rally to the deepest pursuit player(corner), break, and return to the LOS, rehuddle,   call the defense one last time. If the rep was successful, new group subs in. If rep was flawed in any way, the first group repeats the entire rep. Drill is not over until the last defender
has reached his proper cutoff angle and has form tackled the ball carrier.

No defender should follow the same colored jersey when working their proper pursuit angle. Never run at the same angle as the defender in front of you. Once running past the ball carrier breakdown moving your feet until the command from the coach has you stop. All defenders should have form-tackled(profile) the ball carrier. Drill is not over until the last defender has reached his proper cutoff angle and has form tackled the ball carrier.

Here is the link to part 1 of this drill: Tackling Drills Part 1