The reason for the color code added is the ability for a defense to make adjustments on the field by using colors rather than using the term for the actual coverage. 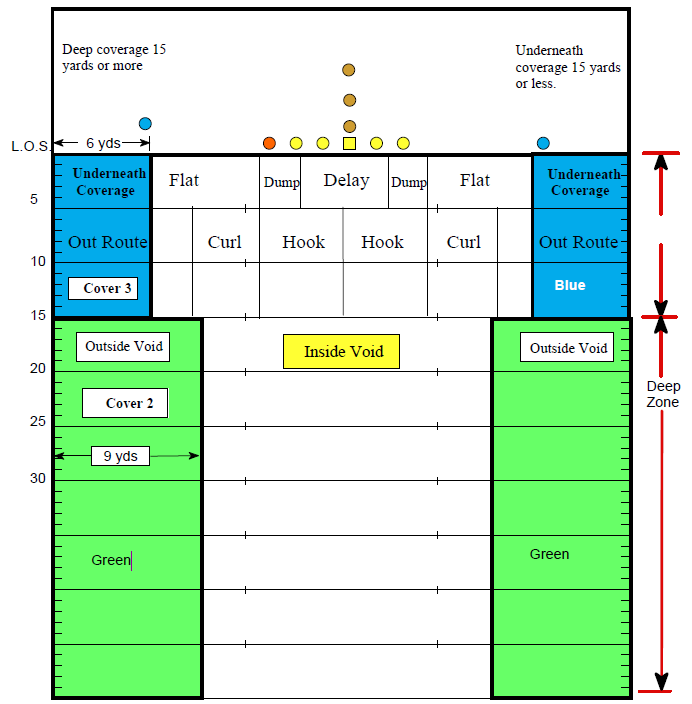 Field identification is important to understand what area of the field your receivers will be running routes through. The Blue area in this illustration shows you the side line rule for underneath coverage in Cover 3. The flat defender usually will break down when defending the flat at about 6 yards from the side line. The green area shows you how the 2 deep coverage works. A cover 2 defender usually will stay off the side line at about 9 yards. The deeper the routes the further off the sideline a defender can play because, the flight time of the ball thrown. 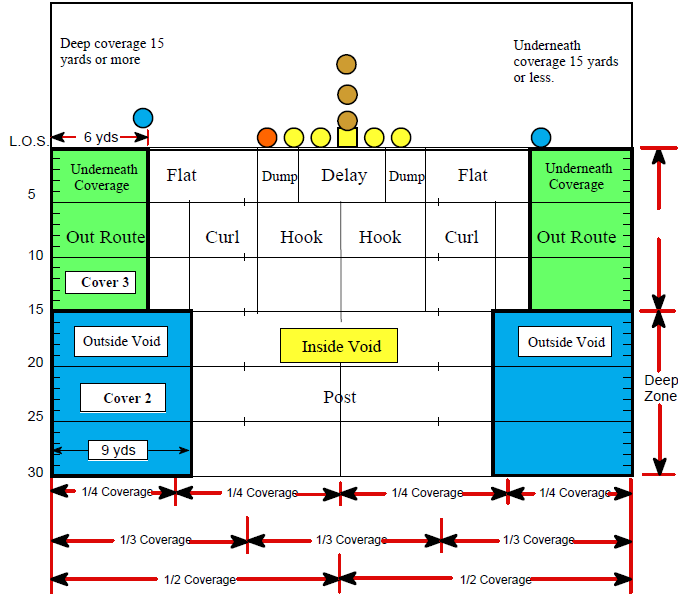 When playing underneath coverage a defender needs not get any closer to the sideline than 6 yards, this becomes his landmark for breaking down on a receiver in his area and that area is termed the Flat area of responsibility. When in any type of deep coverage the secondary defender needs not get any closer than 9 yards to the sideline, this becomes his landmark. 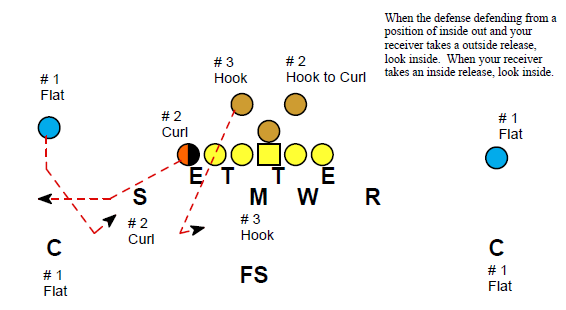 Remember: If you have Flat then stay as wide as the widest receiver. If you have curl make the quarterback throw across your face. If you have Hook, stay inside the same as you would if you had Curl. 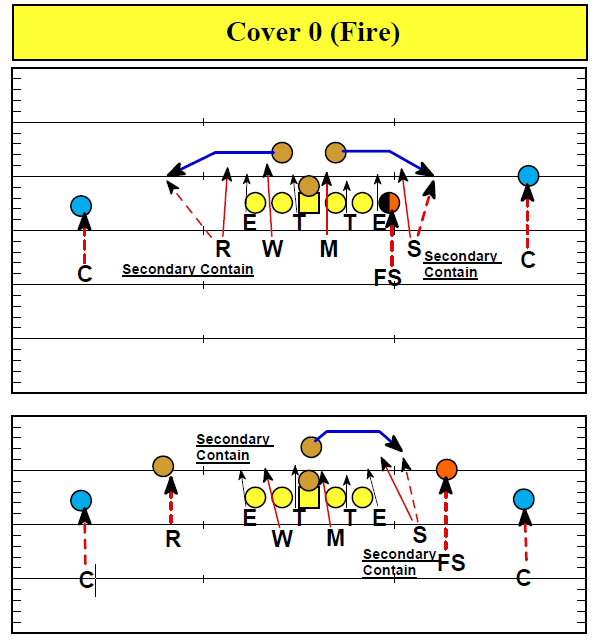 Depending upon the offensive formation the Outside Inverts are the first to make their adjustments and come off their “Dog” to cover a receiver or running back to their side man to man. Strike and Razor have number two receiver to their side.

Cover “0” is a full “Dog” with eight potential rushers applying pressure to the offensive scheme. Both Strike and Razor are contain rushers and responsible if the outside rusher for picking up any back that shows to their side. If inverts are removed by alignment, Baca call to the DE to
your side.

Look for possible fade if Quarterback reads press coverage by the Corners.

Defensive Strength: Cover “0” is an eight man rush and is a full pressure defensive scheme.

Defensive Weakness: Possible mismatch with Sam and Rover with # 2 receiver too their side.